Bitcoin, Ethereum and Other Cryptocurrencies: A Way for Investors to Hedge Against Money Printing and Hyperinflation

2021 has been a record-setting year for all assets including real estate, stocks and cryptocurrency. In large part, the gains investors are experiencing are thanks to all of the money printing governments are doing in the wake of the ongoing COVID-19 pandemic.

The pandemic is forcing banks and governments to print more money to keep the economy afloat. However, this is not always a good thing. Printing of money leaves many investors and institutions worried about inflation.

If you ask crypto traders and HODLers how they feel about it, they may have a more positive stance since crypto markets have seen two parabolic increases in 2021.

This week’s Netcoins Progressive Investor post will explore the relationship between money printing and inflation. By the time you’re done reading, you’ll understand why this is all happening and why the prices of Bitcoin and other cryptos continue to increase as a result. 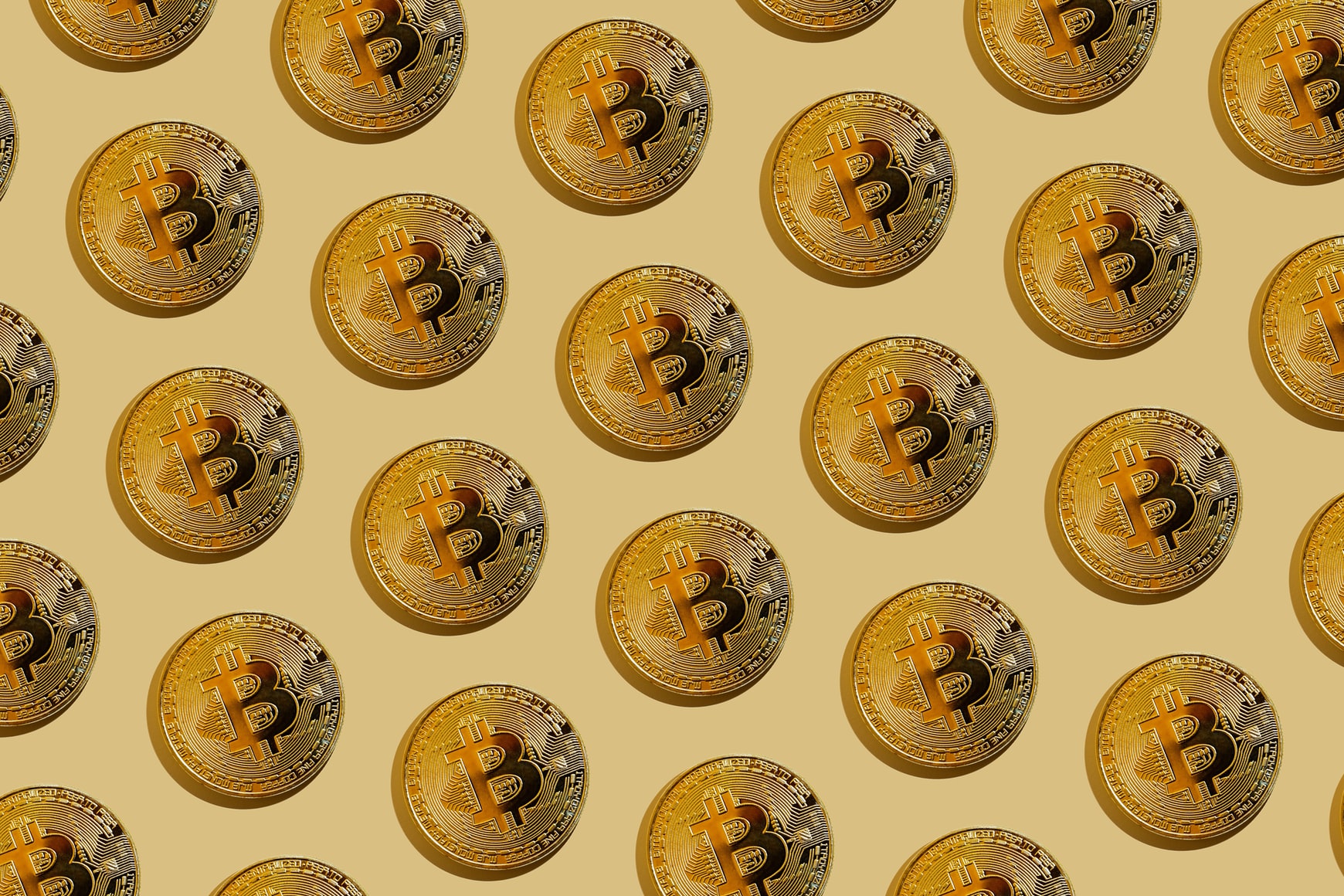 Record Highs of Money Printing in 2020

Our exploration of the relationship between money printing and inflation starts by taking a brief look back at some key points from a previous post written a year ago.

A graph from the U.S. Federal Reserve published last year shows a sharp increase in the total amount of money supply in the U.S. as a response to the COVID-19 pandemic. The increase indicates that 35% of the total money supply was printed just last year.

Fast forward one year, and you can see the total money supply increased 14.5% since that content was posted. The end of 2021 will see the money supply reach higher levels, which strikes fears that inflation may be higher than expected going into 2022.

In 2020, then Senator-Elect Cynthia Lummis was vocal about her belief in Bitcoin as the future of money, and in 2021 Lummis doubled down into cryptocurrency. Senator Lummis, who has been HODLing Bitcoin since 2013, has talked the talk and walked the walk by increasing her Bitcoin holdings steadily, purchasing over $120,000 in Bitcoin in June.

Lummis not only believes in the benefits of cryptocurrency for building her financial wealth, she continues to be a staunch advocate for it by continuing to introduce pro-crypto legislation into government.

Lummis and two other senators attempted to insert a bipartisan amendment in the infrastructure bill to shield crypto investors from increased regulation. Although the amendment did not pass, Lummis remains bullish on Bitcoin and cryptocurrency in the long run. She is hopeful cryptocurrency investments can find a place in registered retirement funds.

The confidence in Bitcoin as a hedge against inflation may be good news for younger investors who may be hesitant to invest in traditional retirement savings plans as crypto adoption continues to surge.

Crypto Adoption Accelerated By The Pandemic

Last year Ruffer Investments, an investment firm in the United Kingdom, disclosed 2.5% of their investments are held in cryptocurrency. That amounts to $675 million. By June of 2021, Ruffer had sold all of its Bitcoin in April before crypto markets crashed from all-time highs. Ruffer’s move in and out of Bitcoin netted the firm over $1.4 billion in profit. Not too shabby for a 5-month investment.

Ruffer Investments is just one large investment firm that profited from Bitcoin’s price appreciation in 2021. Since the beginning of the year, a much larger wave of institutional funds has been making their way into crypto. More on that in a bit. 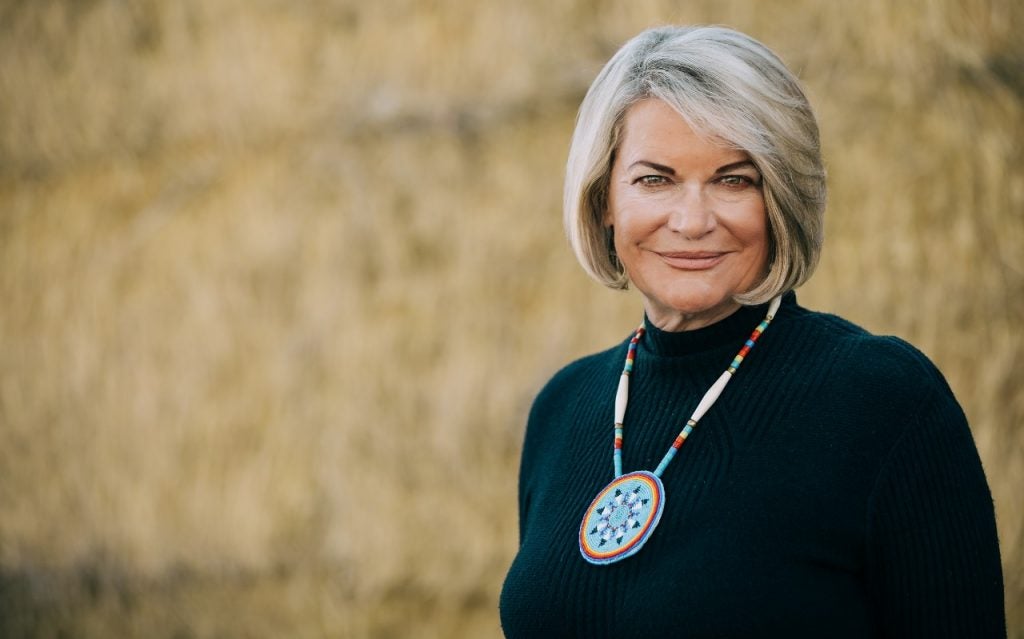 The Winners and Losers of Money Printing and inflation

Getting into crypto is reasonably accessible as the barrier to entry is so low, providing a high ceiling for profit. Part of this low barrier to entry lies in the ability to purchase fractions of any cryptocurrency or NFT. In contrast, investors can only purchase traditional assets like real estate and stocks as whole units.

The Cantillon Effect is a practical theory that explains the impact felt between classes of society when the money supply increases as people’s access to investments are not equal.

Those who receive the new money first benefit more as they receive more disposable income before prices increase. Unfortunately, those last in line to receive new money can only spend it after prices have increased.

Essentially, this new money can weaken purchasing power, which drives up prices, leaving people with less income to invest.

For example, in the U.S, the Federal Reserve released stimulus checks to citizens and businesses. Banks receive significant stimulus money and then lend to the most credit-worthy companies. These companies, in turn, invest the extra cash creating stock and real estate balloons. The real estate market has seen home sale prices increase by unsustainable levels of up to 24%.

How so? The prices of goods and services increase without increasing wages, leaving people with less money to spend.

Is Inflation Always A Bad Thing??

Inflation is not always a bad thing, and it in some cases may be a benefit if workers’ wages increase to offset the rise in the cost of living. Bitcoin is a hedge against inflation in the current fiscal environment as worker wages do not grow at the same rate as inflation.

The increases in crypto markets seen in 2020 and 2021 have highlighted that the increased investment from institutions is to use Bitcoin as a hedge against inflation. 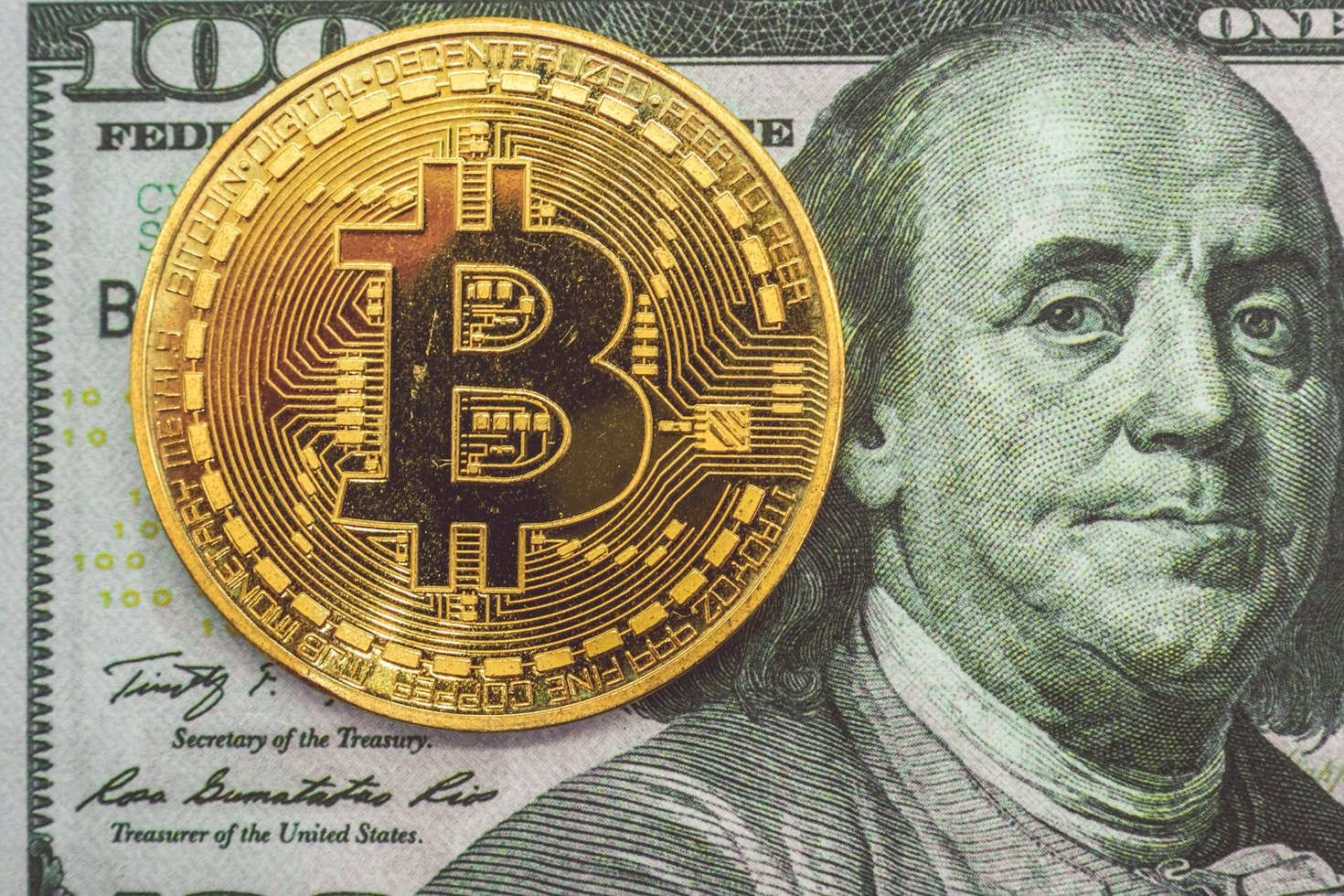 Institutional Investment in Cryptocurrency Increases In 2021

The goal of financial institutions is to generate more revenue than in the previous quarter and year. If institutions need to hedge against inflation to maintain shareholder confidence, purchasing Bitcoin provides the best avenue to achieve this goal.

Several financial firms like UBS, Citigroup, and even celebrities have publicly voiced their support of and foray into cryptocurrencies, including Mark Cuban, Elon Musk, Kanye West, and Paris Hilton.

Tesla made headlines throughout 2020 by making a substantial Bitcoin purchase of 43,200 BTC for a whopping $1.85 billion. Tesla did not stop there as the electric automaker accepted Bitcoin as payment for its vehicles for a short while. However, purchases were halted after a brief period. It is safe to say Elon Musk has a vision for Tesla and cryptocurrency in its future success.

Elon Musk was not the only billionaire to make a public entry into cryptocurrency. The renowned Soros Fund also disclosed a large Bitcoin purchase, even though they find it dull compared to DeFi’s potential to reshape finance.

Retail investors may begin to follow large institutions’ moves in hopes of becoming the next financial mogul. Let’s be honest nobody wants to see their economic freedoms eaten away yearly due to inflation, and Bitcoin may be their best protector from capital erosion.

Bitcoin is a Shield Against Inflation

Investors want to know how to make money during times of hyperinflation or, at the very least, not to lose money. It is essential to determine which asset classes are the best to purchase in times of inflation.

Traditionally the best assets to hold during times of inflation are real estate and gold. Gold is in limited supply, so it does the opposite of cash and increases in value. Bitcoin is considered a great store of value and is just as good if not a better store of value than gold. Like gold, Bitcoin is in limited supply and inherently moves disproportionately in its value to cash.

This record bull makes Bitcoin a superior asset against inflation when compared to gold. Bitcoin’s gains are partly due to the increase in the money supply because the fiat dollar supply continues to grow. Whereas Bitcoin has a fixed amount of 21 million that will be in circulation. Moreso, every four years, Bitcoin goes through a halving event which decreases the amount of new Bitcoin put into circulation by half making it deflationary.

The worst asset to hold during periods of inflation is cash. As the price of goods and services increases, purchasing power decreases.

Even analysts from the institutional giant JPMorgan believe Bitcoin is a good hedge against inflation.

What makes Bitcoin different from all other assets is that it is a form of payment and a type of technology that makes it upgradeable and adaptable. 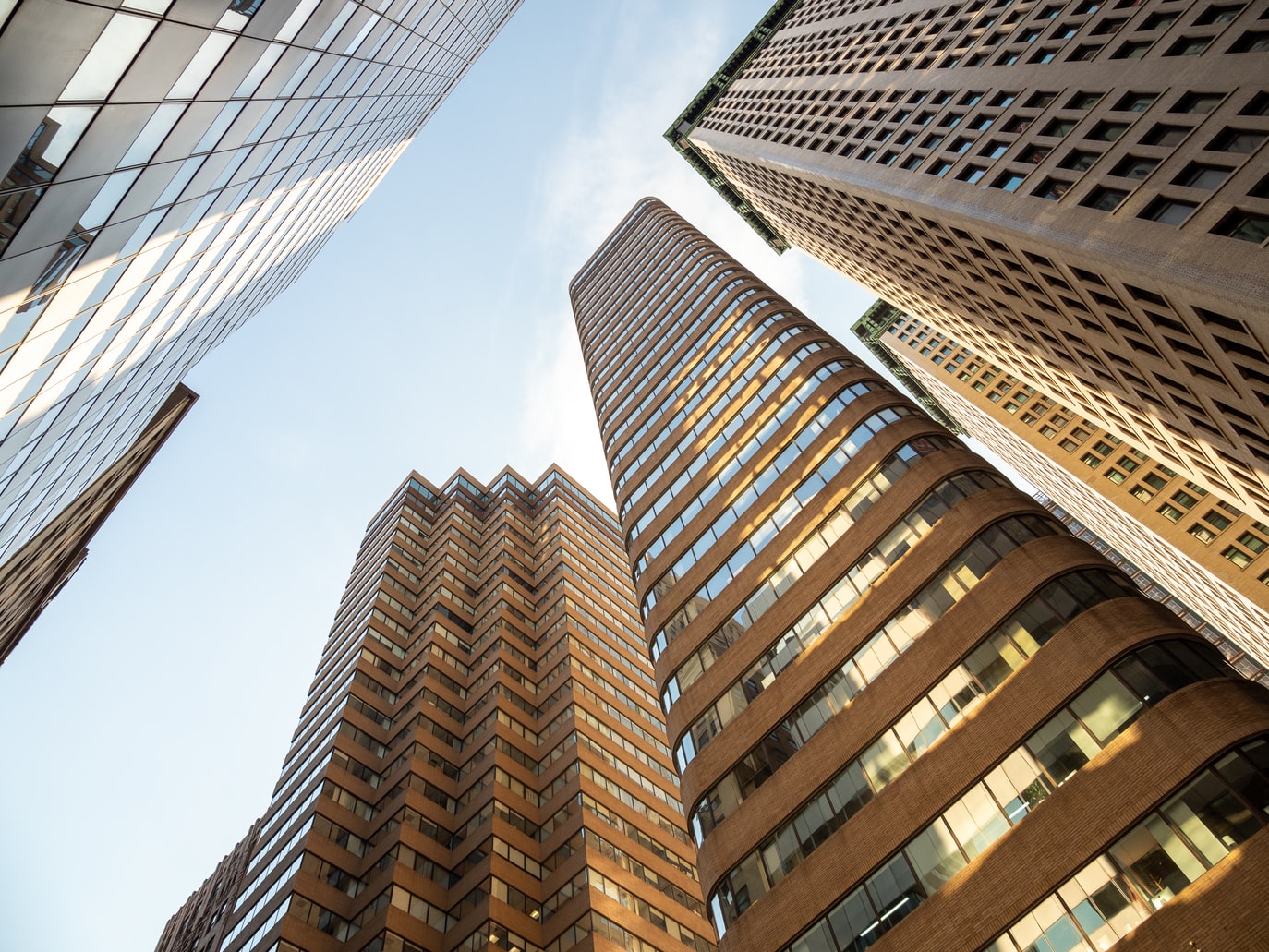 We would be remiss if we did not explore the impact of inflation in Canada and the relationship to cryptocurrency.

Although much of business and financial news headlines are dominated by our southern neighbours, Canada is not immune to money printing and inflation.

According to Statistics Canada, the pandemic has brought Canada’s highest annual inflation rate since 2003 at a whopping 4.4% in September (and 4.6% in October).

Canadian institutions and celebrities are also hedging against the increased inflation rate by investing in cryptocurrency. Celebrity investor Kevin O’Leary now holds 10% of his wealth in crypto.

There are also traditional financial firms diving into cryptocurrency to secure a better future. As of October, two of Canada’s largest investment funds are significantly invested in cryptocurrency.

These significant players serve as barometers of the appetite institutions have in hedging for the future of their investors’ financial well-being in the wake of Canada’s rising inflation.

How to Buy Bitcoin in Canada to Protect Against Inflation

Although the unintended consequences of money printing in our current fiscal climate have created conditions ripe for inflation to keep the economy afloat, it has undoubtedly benefited savvy crypto enthusiasts. They are not only seeing their crypto portfolios grow but are also being protected against hyperinflation.

Investors who have not already purchased cryptocurrency may choose to look at the asset class as a hedge against rising inflation and can look no further than Netcoins to make initial or subsequent purchases.

If you have not already purchased cryptocurrency or are looking to increase your holdings, all you need to do is sign up for a free account.

You can buy Bitcoin, Ethereum and other cryptos using e-transfers, online billing or bank wire transfers. You can also deposit existing crypto holdings and trade them with us.

Keep checking in with Netcoins to stay up to date on the latest news and information for investors as 2021 comes to an end and we look ahead to 2022.