If you’re one of the many progressive investors that got into Bitcoin before the 2017 price explosion, there is a chance you’re sitting on quite a crypto bag if you held firm throughout the crash that occurred early in 2018.

There is also a good chance that you can point out some key differences between the current massive bull run the crypto market is seeing and the one that took place a little more than three years ago.

For those new to the market that can’t readily tell the difference between what’s happening now and what happened in the past, this post aims to offer you a side-by-side comparison of the fundamental and technical drivers that saw Bitcoin skyrocket all the way to $21,200 nearly three years ago and again to the $50,000 mark this year.

It’s safe to say that we are living in a completely different world today than we were at this time in 2017. Even within the crypto space itself, we’ve seen dramatic changes in both philosophy and implementation that have shaped new sectors of the cryptocurrency industry we didn’t have years ago. It’s also produced yet another wave of mass adoption.

It may seem as if what’s currently happening to Bitcoin is just a case of déjà vu all over again, but the finer details of the movement tell a different story. 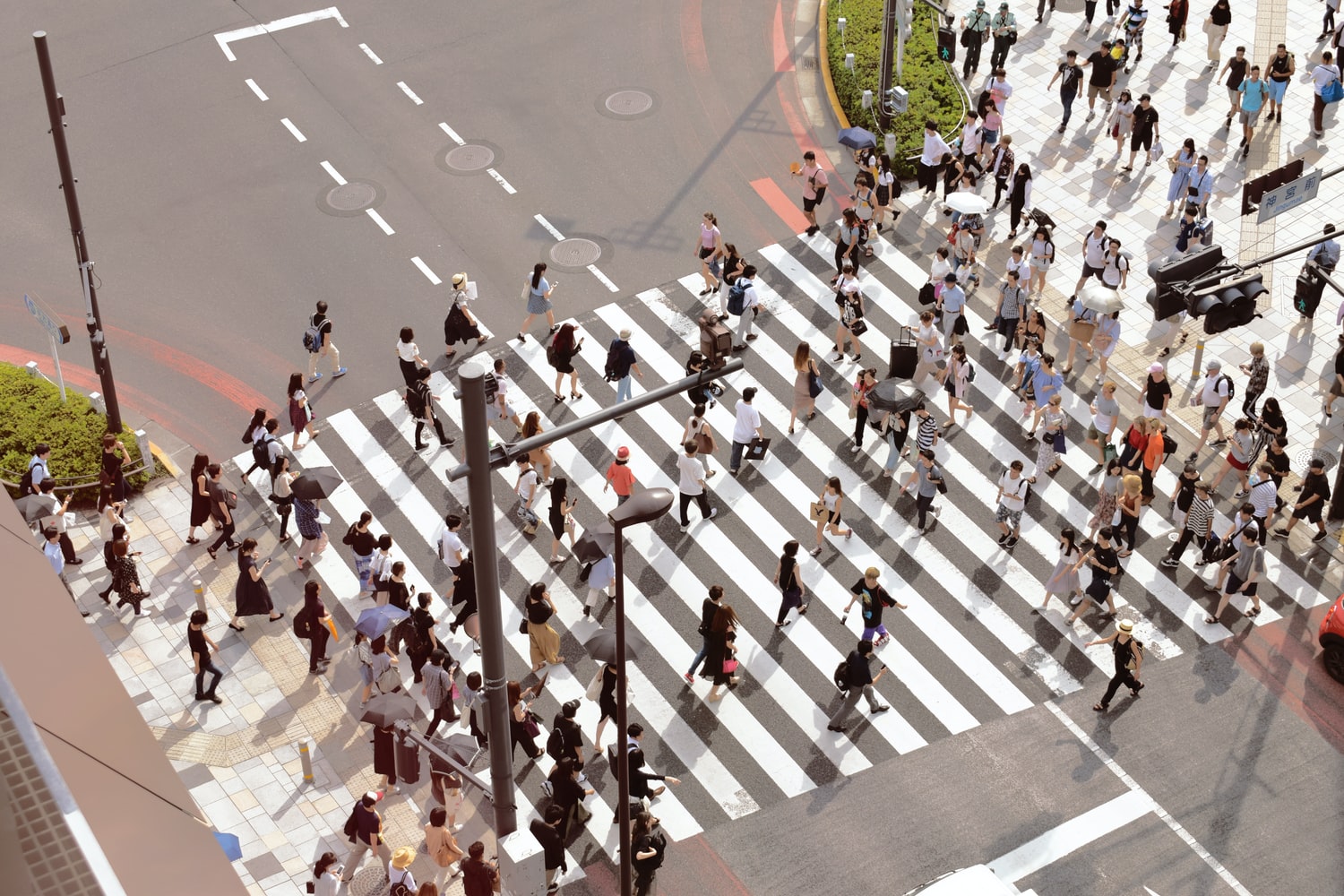 Here’s a snapshot of just how crazy 2017’s Bitcoin bull run got.

First and most obviously, the price went nuts. Let’s put it into perspective. If you purchased Bitcoin on October 8, 2017, you would have spent around $4,400 USD for one Bitcoin. Just nine weeks later on December 17th, the price skyrocketed to $19,300 USD (or nearly $25,000 Canadian), earning investors a whopping 438% return on investment. On the flipside, those who got in at the top were holding onto Bitcoins worth less than $7,200 USD by the end of March, 2018.

There were only a handful of stocks available for trading on the market that had anything to do with blockchain technology or cryptocurrency funds in 2017. A lot of those were actually birthed right here in Canada. Let’s face it, compared to other Western nations, our home and native land is a little bit more on the liberal side when it comes to allowing cryptocurrencies and the broader blockchain technology industry to flourish.

That said, a lot of those stocks were just penny stocks (and a lot of them were still brand-new to the market, so anybody investing in them was arguably signing up for much more volatility than they are now). The fear of missing out wasn’t just gripping retail investors at this point, it had institutions changing their company names to something blockchain related just so that their share price would spike in value. Companies producing tea, juice and vaporizers for smoking (IE. Not doing anything blockchain related) were adding the word “blockchain” to their names.

That trend along with the price of Bitcoin quickly changed course early in 2018 when everything crashed.

Bitcoin’s price truly began to plummet in March 2018 and by Christmas Day of that year, investors were buying Bitcoin for less than $3,800 USD. Months later, the publicly traded companies including the words blockchain or Bitcoin in their names to try to make a quick profit had already moved out of crypto.

Bitcoin definitely had its proponents at the time, but those calling for the death of it were having their cake and eating it too. J.P. Morgan CEO Jamie Dimon basically called Bitcoin fraudulent, and many other expert investors reminded the public that cryptocurrencies don’t have fundamental value.

The mass media attention on Bitcoin from major news outlets, popular TV shows and big-budget movies had died down, and your local dentist, grandma and grandpa were no longer asking you about cryptocurrencies. 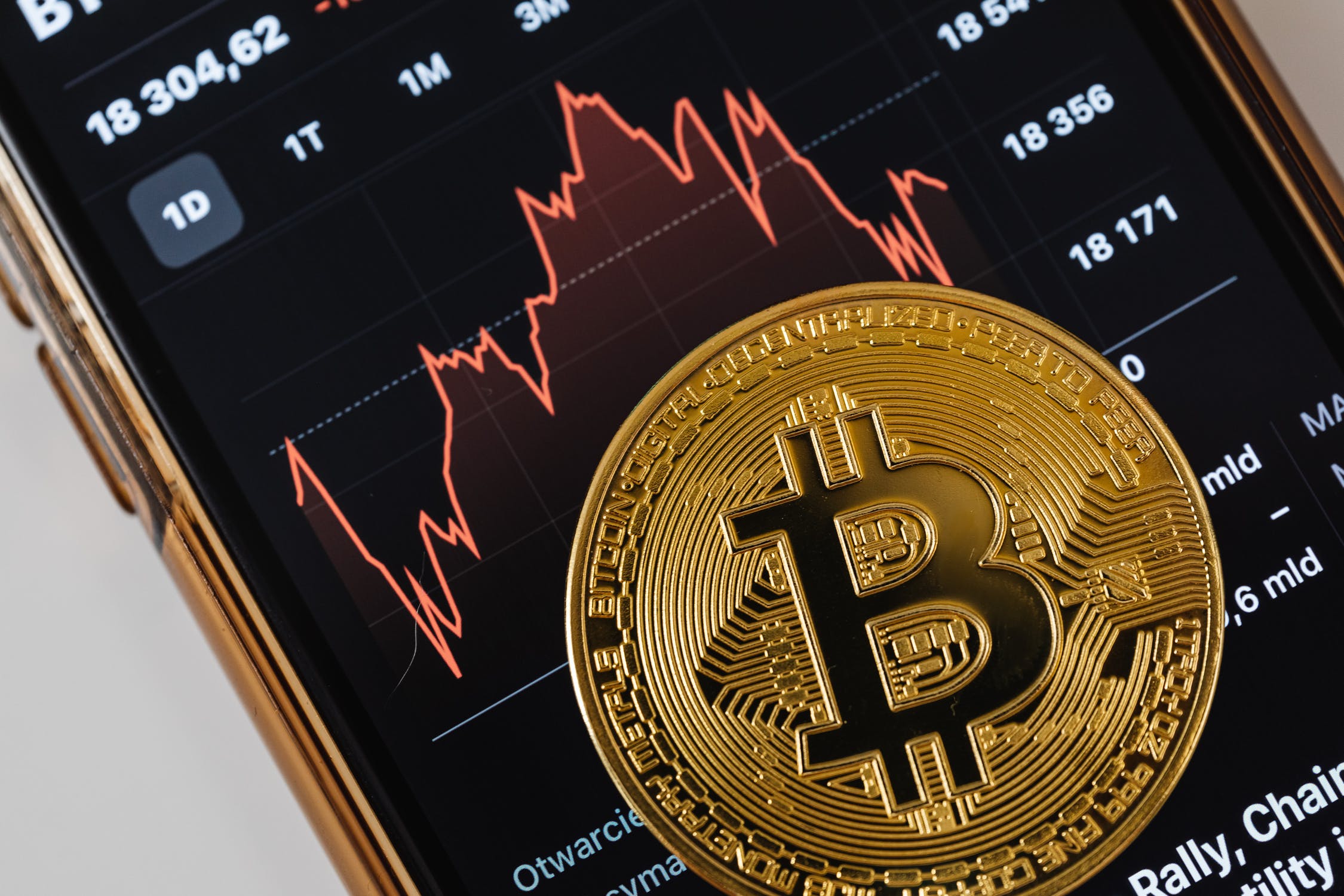 Here we go again. Bitcoin reached its all-time high of over $53,000 Canadian just a few days ago. Yet when the coronavirus pandemic started to affect financial markets in mid-March, investors were panic selling Bitcoin all the way down below the $8,000 mark.

Still, we are talking about a nearly 700% gain from the March low to the all-time high. The good news is this time there are many fundamental differences driving the price of Bitcoin, Ethereum and all other cryptocurrencies higher that simply weren’t a factor in 2017.

Governments Are Printing Out Stimulus Money at Alarming Rates

The fallout surrounding the coronavirus pandemic is accelerating several trends crypto enthusiasts and investors have been eyeing for years. Large e-commerce companies are swallowing up small businesses as everybody shops from home. Streaming services are crushing movie theatres. Uncertainty surrounding the value of government-backed money most of us still use is growing and thus, more and more people are looking into cryptocurrencies as the alternative to inflation.

The United States government approved a third bill last month that will see $900 billion more spent on supporting the economy while people wait out the virus. Checks Americans received for $1,200 in April of last year represented the largest chunk of expenses in a package totalling $2 trillion back then.

Counting only the support Americans received in April, the government’s stimulus package represents 14% of GDP. With the new bill approved last month, that number will jump to 18% of GDP. Just to put it into perspective, Canada’s commitment to relief funding represents 13.8% of GDP. That was more than the United States in April and will likely be more once this year’s stimulus money is approved by both governments.

Overall, it’s expected that Joe Biden will have to approve trillions of dollars worth of stimulus in America and Justin Trudeau will have to do the same thing here in Canada (exact numbers being relative).

How does this impact Bitcoin? As you may or may not know, there will only ever be 21 million Bitcoins in existence and nearly 18.6 million of them are already in circulation. There is no way to counterfeit a Bitcoin and there is no way to hyper inflate the supply. This is one of the fundamental reasons people view Bitcoin as a great store of value. 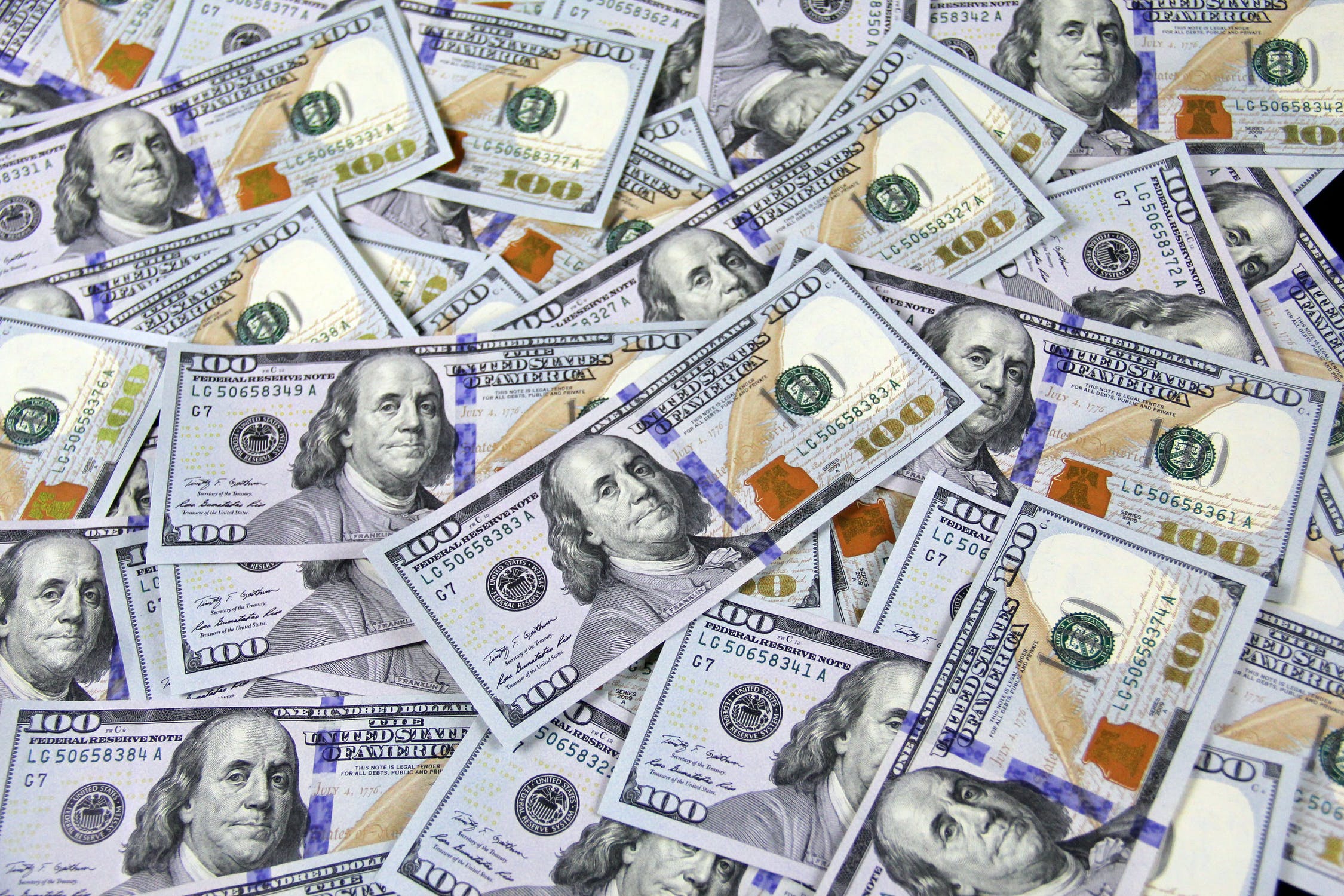 The Decentralization of Financial Services

In theory, anything a cryptocurrency not named Bitcoin can create, Bitcoin developers can copy and add to the network. In practice though, that doesn’t really happen. Remember that the creator of Bitcoin is a pseudo-anonymous person named Satoshi Nakamoto. Today however, there are thousands of cryptocurrency projects with leadership teams and developers creating ideas and promoting them publicly with the aim of decentralizing financial services once and for all.

Although many projects are innovating and creating really cool solutions, it’s becoming clear that Ethereum’s fundamental value lies in the fact that most lending, borrowing and investing services (yield farming anyone?) are most easily accessed using the Ethereum protocol because most of the DeFi world is built on its blockchain. Even projects that have been in development for years and hold billions of dollars in value using their tokens (IE Cardano) are at the present moment only accessed using Ethereum addresses and wallets while the final stages of development for their own infrastructures are finalized.

The bigger point here though is that derivatives or synthetic assets (assets that only exist to mimic the price or properties of an underlying asset) play a huge role in giving investors like you and me access to opportunities in traditional financial markets. That same trend is going to grab hold of the cryptocurrency world.

It’s estimated that on the low end of the spectrum’s derivatives makeup $544 trillion USD of all the value held in traditional financial instruments and commodities. The high end of that estimate projects that value to be closer to $1.2 quadrillion dollars, an almost unfathomable amount of capital. Even on a global scale.

More than $19 billion USD is currently locked up in decentralized finance projects compared to just under $1 billion at the start of 2020.

Gone are the days of 2017, when publicly traded companies were changing their names just to capitalize on the skyrocketing value of Bitcoin. These publicly traded companies are finally realizing that their number one mandate as leaders of large organizations is to produce shareholder value. Storing large amounts of Bitcoin in place of cash reserves is one way to do that.

BitcoinTreasuries.org lists a slew of companies now ‘buying the dip’ on a large scale. Although some of these companies will undoubtedly dump Bitcoin on retail investors in order to take profits, most of them are likely in it for the long haul.

As much as Bitcoin maximalists and crypto enthusiasts in general saw this day coming years ago, advancements in custodianship and regulation along with vast increases in liquidity entering the cryptocurrency space simply weren’t seasoned enough to handle the demand for cryptocurrency investing that we are now seeing institutions pursue on a wide scale. 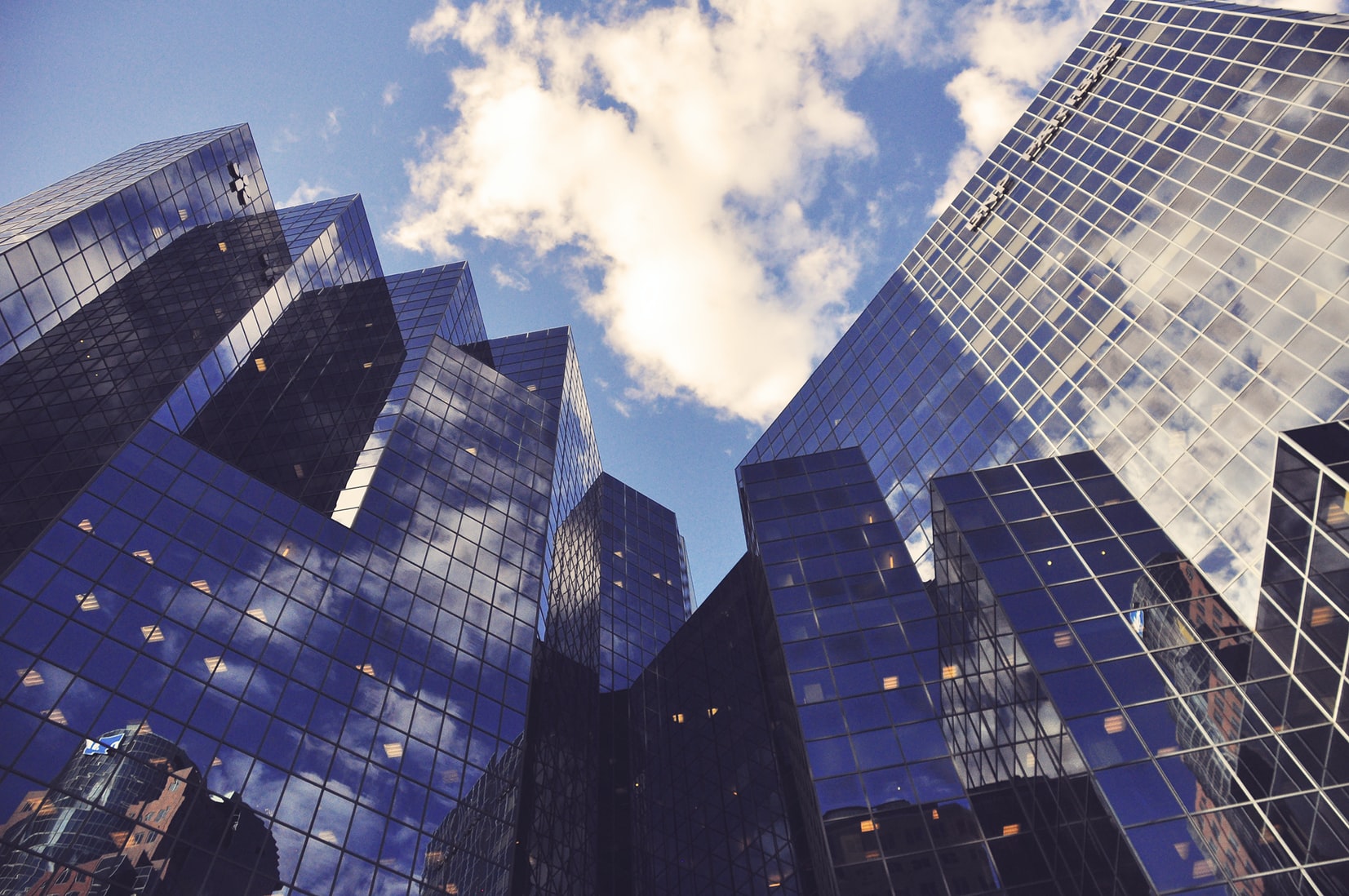 How to Profit the Next Time Bitcoin Mania Strikes

Diversifying your portfolio and having a long-term strategy in mind (even if you have short-term goals too) is still the best way to account for risk and give yourself the best chance to make a handsome profit off of cryptocurrencies in the long run.

It’s impossible to predict when the next big dip or huge parabolic move upward will happen. That’s why the best thing you can do is invest in cryptocurrency on a regular basis using only capital that you can afford to lose while at the same time keeping an eye on the future and watching cryptocurrency mature as an asset class.

Get your Bitcoin or Ethereum at Netcoins today. Netcoins is a cryptocurrency exchange in Vancouver serving all Canadians who want to make both small and large investments in cryptocurrencies. Don’t just be one of the people FOMO’ing their way into the industry. Develop the mindset of being a progressive investor, and as the value of your assets continue to grow, so will your understanding of the fact that you are part of something much bigger than just turning a profit.