What we have seen this past week is absolutely remarkable. A group of retail traders at Reddit “r/wallstreetbets,”with support from Elon Musk and Chamath Palihapitiya, took down the Wall Street establishment.

It was a complete warfare between classes and it’s been nothing short of fascinating.

If you don’t have a whole lot of time to read the article, just think about these two key takeaways based on what’s happened this week:

For those just joining the conversation or having a hard time understanding what’s going on, allow us to give you a very high level rundown. Here is what’s been happening between a community on Reddit, a gaming company called GameStop, and hedge funds.

First, a Little Context on GameStop

GameStop is a videogame and merchandise retailer. It has over 5,000 stores with most of them in North America, Europe, and Australia. Given the fact that the world has gone digital and the more recent COVID-19 pandemic, Gamestop has struggled to keep up and has been hurting financially. 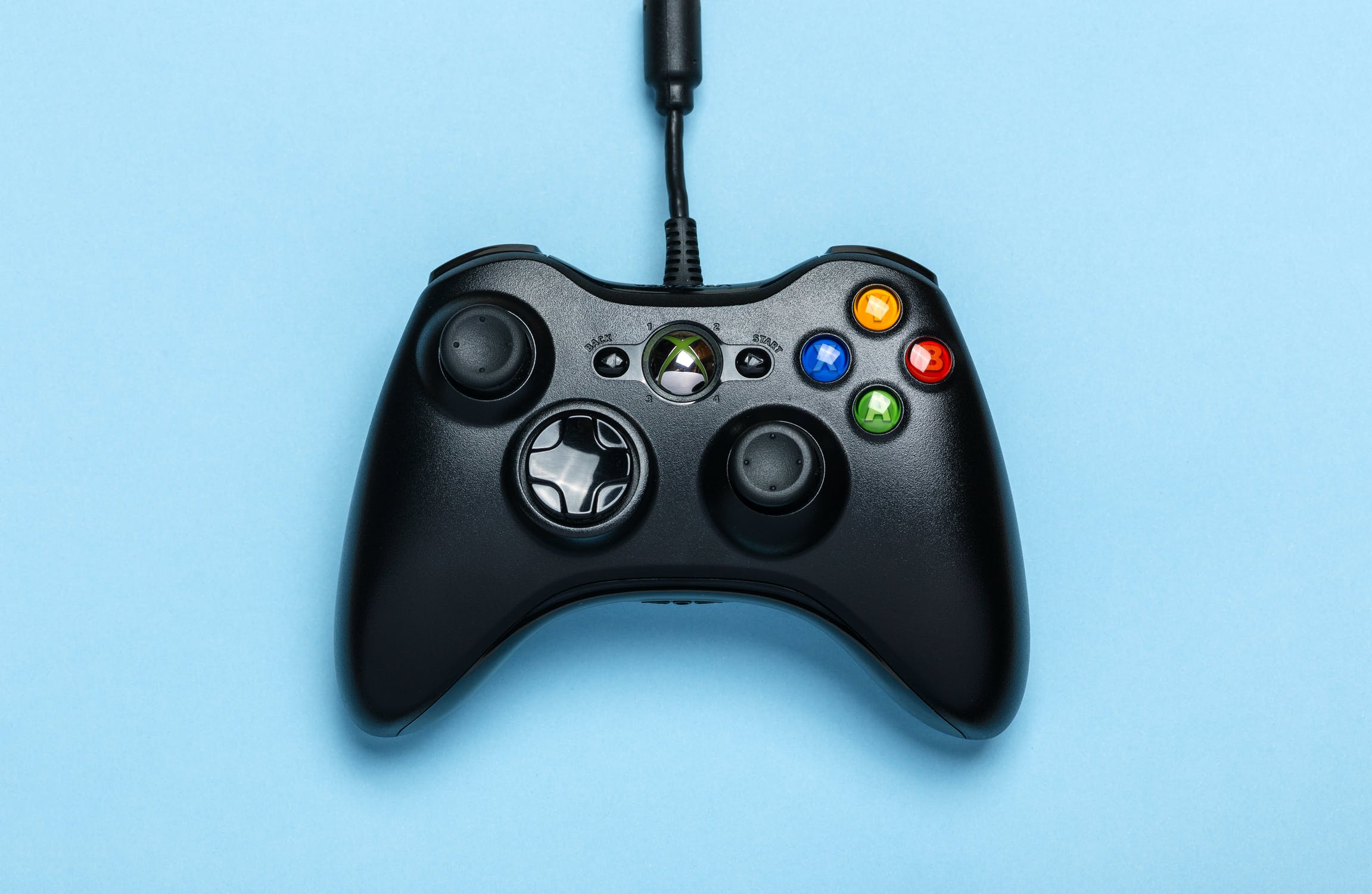 That was until RC Ventures, managed by Chewy founder Ryan Cohen, assumed three board seats and said:

“We are excited to bring our customer-obsessed mindset and technology experience to GameStop and its strategic assets…expanding the ways in which it delights customers and by becoming the ultimate destination for gamers.”

On the day of that announcement (January 11), GameStop’s stock price ($GME) was trading at about ~$20 per share. Now the stock has surged to around $317 USD/$405 CAD per share. But what caused the stock price to skyrocket?

What is a Short Squeeze?

Short selling is a way of betting that the stock price will decline with the hope of making a profit from it. A short squeeze is what happens when those short sellers are forced to buy stock to cover their shorts. Here’s an example inspired from Sahil Bloom that we love.

Imagine you read that Mexico is experiencing a very wet summer. You believe this will lead to a huge avocado harvest, flooding the market with avocados and driving down the price. 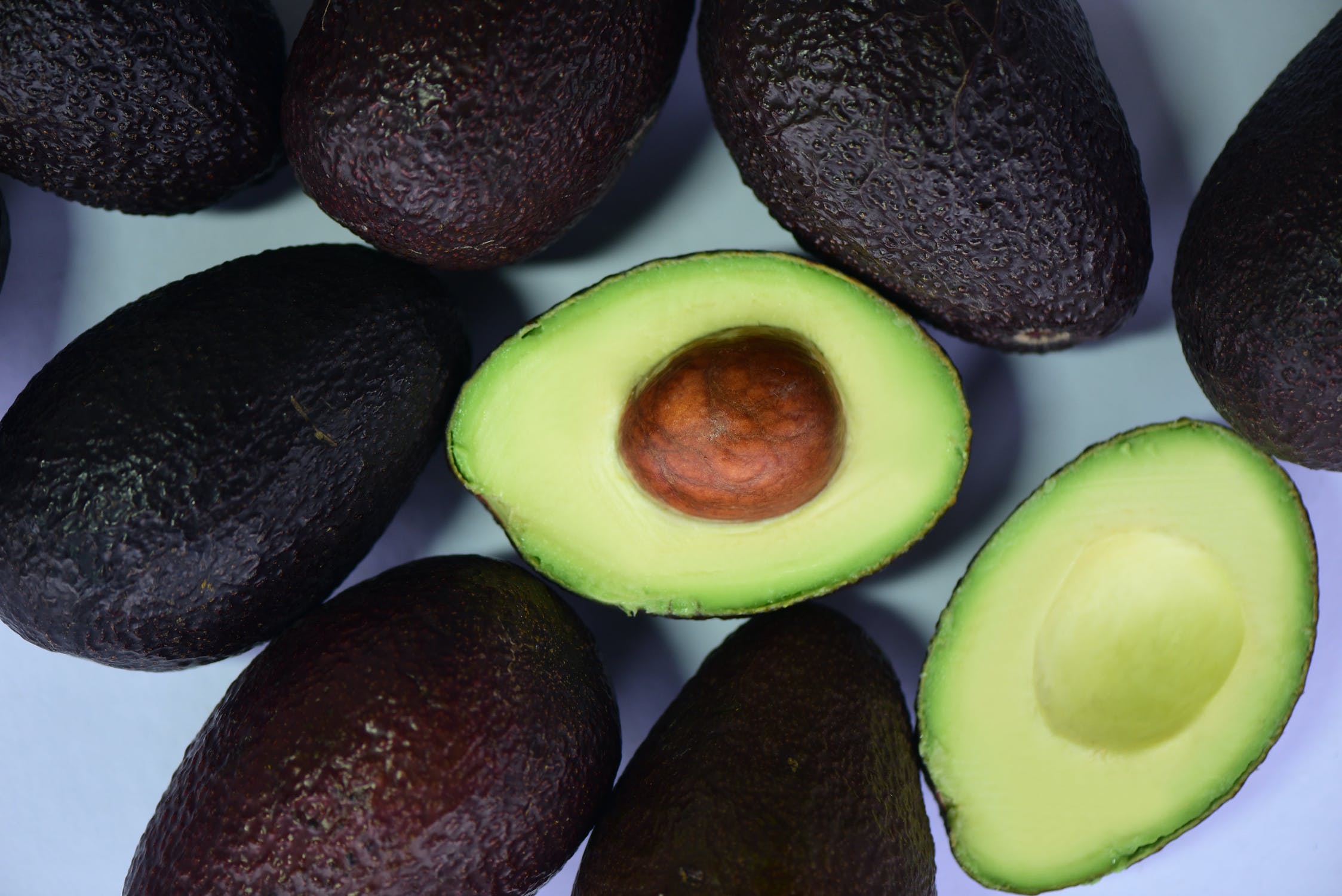 One month later, the price of avocados drops 50%. You buy a bag at the local store for $10, walk over to Jimmy’s house, hand him the new bag of avocados and give him $1 as interest on the borrowed bag.

Of course, if you had been wrong all along and the price of avocados had risen, you still would have had to “cover” your short by buying a bag and returning it to Jimmy. In this way, you would have lost money. And because the price can rise infinitely (in theory), losses from short selling are uncapped.

Let’s say the price of avocados did indeed rise dramatically to $50 — you would then be rushing to go buy avocados to cover your short (because if you wait any longer, it might rise further, and you would have to pay $100 to buy a bag of avocados to replace the one you borrowed from Jimmy!).

When short sellers are forced to close their positions like that — this is known as a short squeeze. It’s a strategy implemented by Wall Street to make profits.

A redditor on r/wallstreetbets noticed that a multi-billion dollar hedge fund, Melvin Capital, had taken a massive amount of short trades against GameStop. They successfully convinced everyone on the thread to join forces and buy as much of GameStop stocks as possible.

This made the stock price of GameStop rise. So when the hedge funds had to buy the stocks to cover their shorts, they were buying at really high prices, essentially losing a TON of money. How much you ask…. their losses surpassed $13.1 billion. 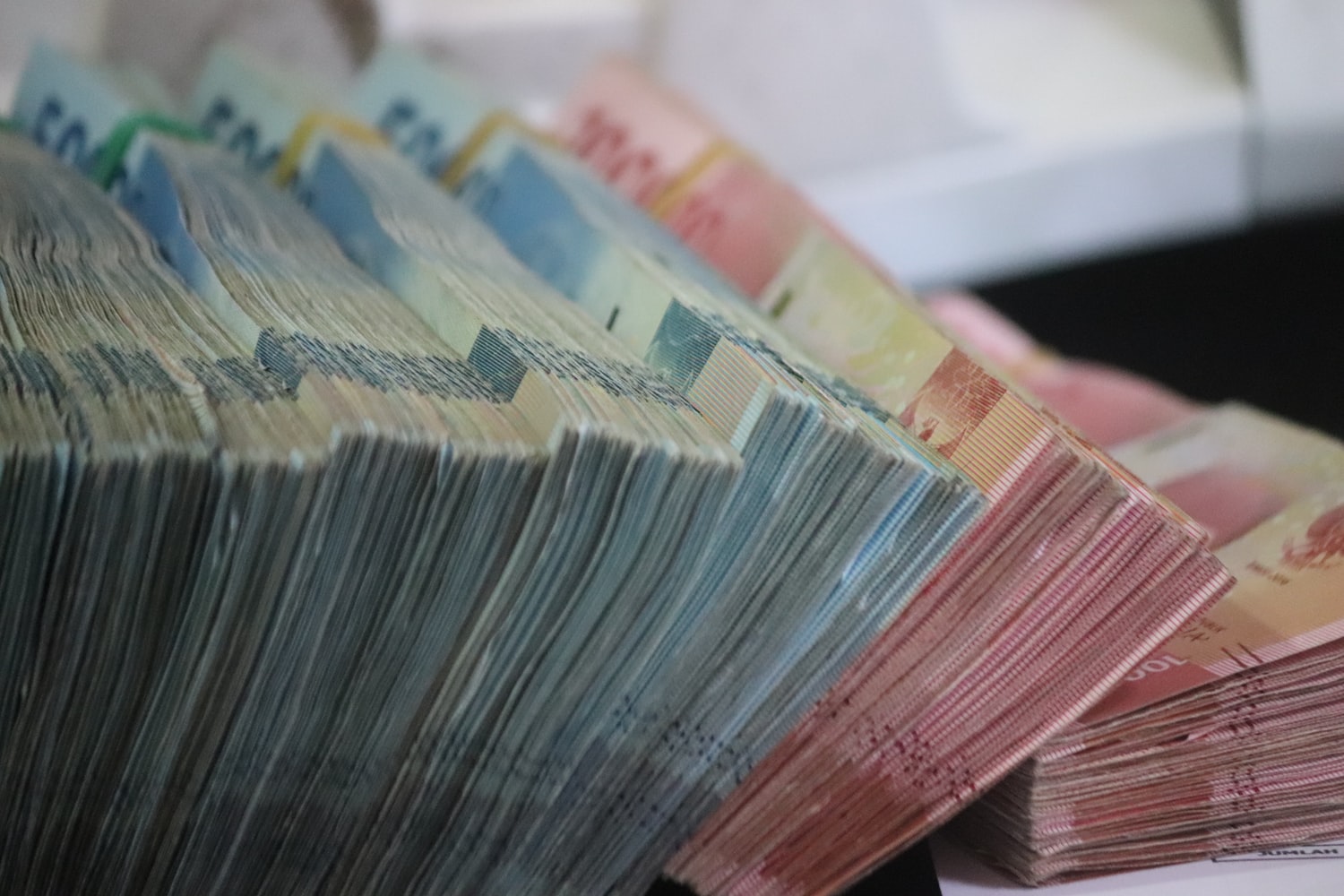 Melvin Capital had to close their short positions and buy all the GameStop stock back at much higher prices which sent the price even higher. It was a catch-22.

Now, rumours circulate around Melvin Capital declaring bankruptcy and the reddit thread is going through other hedge funds with massive short bets so they can squeeze them out too.

The hedge funds are mad to say the least and they’re getting the governments and Securities Exchange Commission involved to monitor the situation — and that includes monitoring reddit. Quite literally, the hedge funds and financial institutions are stressed because they’re losing tons and tons of money.

Once perceived as genius stewards of capital, they are currently being destroyed by random, seemingly novice investors on the internet that go by user names like “DeepFuckingValue” and “Roaring Kitty.”

This wasn’t an overnight sensation although it looks like it. The resentment began in 2008 with the Occupy Wall Street movement in Zuccotti Park.

“The people may have dispersed from the park since then, but that feeling of being screwed by Wall Street never disappeared.” Anthony Pompliano

That resentment is now exasperated by the Federal Reserve, governments and banks. They continue to intervene and manipulate markets for their profits. They don’t care that the dollar is being devalued at an incredible rate, that inflation continues rising, and that people’s wealth is being decimated. As long as people don’t understand what’s going on, they can continue to profit.

“So you have millions of people who are psychologically scarred from the past combined with a continued feeling of being left behind. But the internet steps in and creates a lifeline — the access to information, communication tools, and financial markets has suddenly increased significantly in the last decade. You don’t need a Bloomberg terminal and a legacy brokerage account to play the game.”

This is an unintentional yet brilliant campaign for a decentralized financial system, upon which Bitcoin lives. As a cryptocurrency, Bitcoin is a digital asset that you can invest in 24/7/365 without manipulation or intervention. 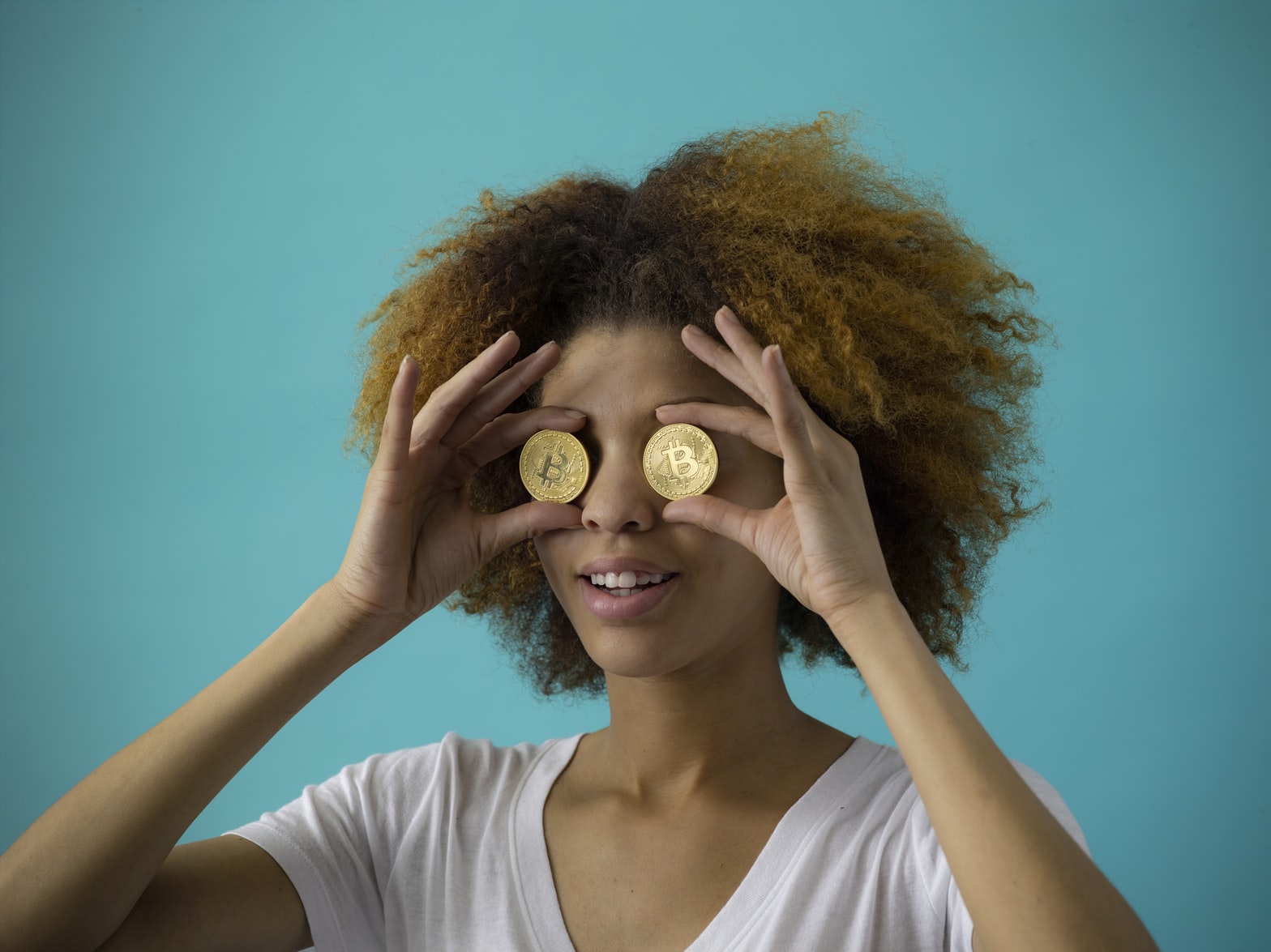 On the contrary, Robinhood App (and other notable trading apps) announced earlier today it had limited trade in GameStop stocks, citing “recent volatility.” In the meantime, hedge funds are free to trade the stock reminding us, once again, who benefits from our financial systems. As a response, Robinhood users filed a class action lawsuit against the Robinhood app for restricting their transactions, and ultimately their freedom.

The world is tired and they want a systems change now. They’re opening their eyes to the power of decentralization, equality to access of wealth, and they’re finally taking hold of their own power to change the world. The only difference from 2008… is that now we’re all ready for it.

Welcome to your decentralized future…

Key Points to Take Away from this Article

***PS. Looking to invest in Bitcoin or crypto? Check out Netcoins.ca