Happy 13th Birthday Bitcoin; A Look at How the Past 13 Years Have Shaped the Future of Finance

The first Bitcoin block was mined on January 3, 2009. That means it’s been 13 years since the cryptocurrency revolution began.

Since that time, the market capitalization of the entire industry has grown to around $3 trillion Canadian. The world has also witnessed the invention of decentralized fundraising through global decentralized computing platforms like Ethereum, along with the birth of decentralized finance (DeFi), the explosion of non-fungible tokens (NFTs), and the foundation of the metaverse.

To end 2021, we talked about all of the milestones the crypto world witnessed. In this post, we put those accomplishments in context by looking at the cryptocurrency that started it all and the windfall that came after.

It’s been a wild ride over the last 13 years, and in this edition of Netcoins Progressive Investor, we look at the birth of Bitcoin’s genesis block, the early days of trading, what’s happening now, and what is to come for the future of finance. 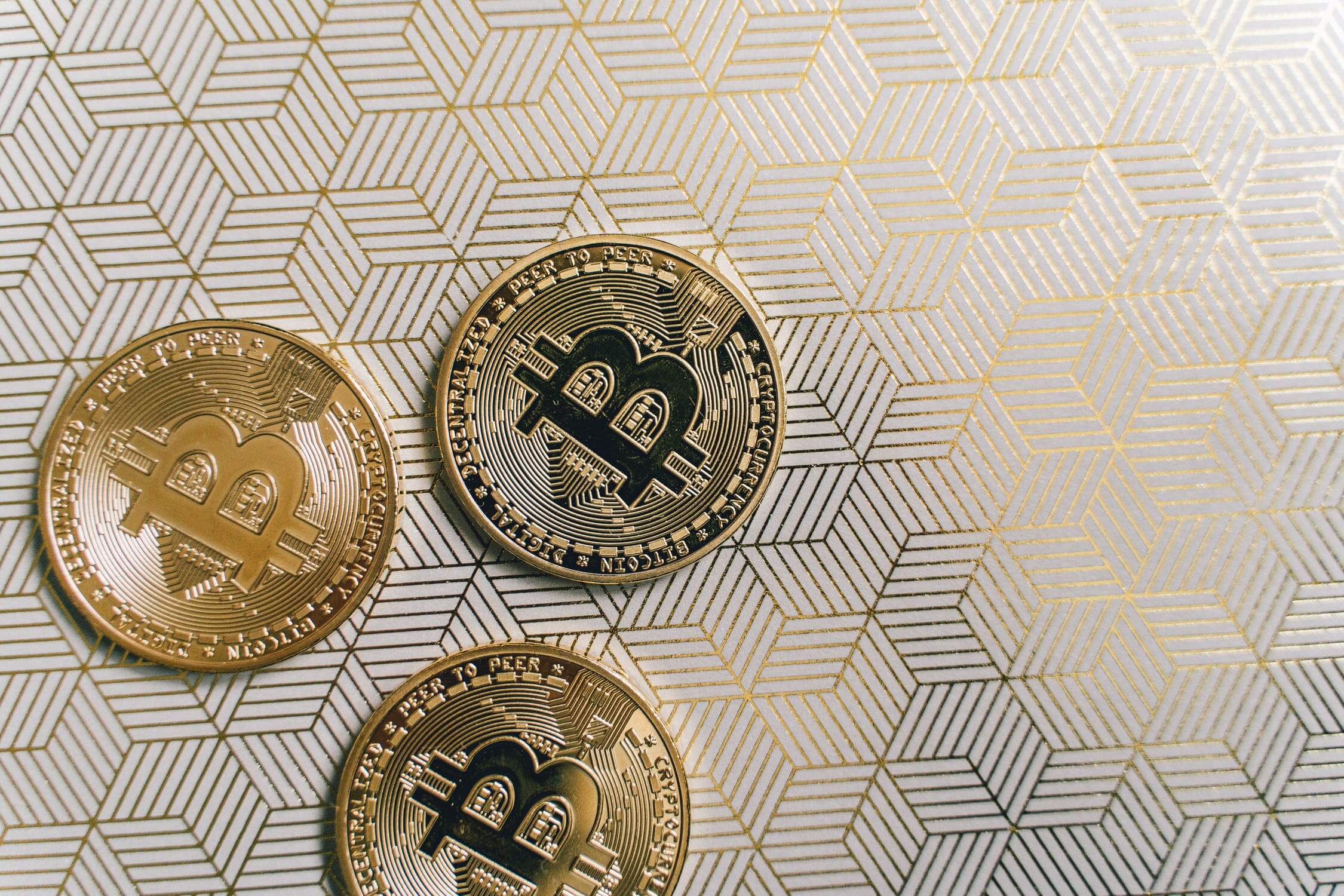 The Genesis Block and The Birth of Bitcoin

Bitcoin and crypto maximalists are celebrating Bitcoin’s birthday this week, but they may not realize the true significance of launching the genesis block. For one, it took the first-ever crypto whitepaper, the Bitcoin whitepaper, and turned it into something real and tangible. It taught people that it’s possible to exchange value without there being a third-party or intermediary involved, and that a blockchain could be secure enough to do just that.

The first block is not just called the genesis block. It’s also called block zero. In any case, you should know that block zero is different from all other blocks created on the Bitcoin blockchain. How so?

Firstly, the genesis block has a 50 BTC block reward subsidy that can never be spent by anyone. It also has two extra hex zeroes embedded in the hash, which was common for the earliest blocks mined. That’s one way of knowing you’re looking at the first-ever block.

The best part however is that there is a special message embedded in the first block. It reads as follows: “The Times 03/Jan/2009 Chancellor on the brink of second bailouts for banks.”

The message is the headline from The London Times printed on January 3, 2009. Therein lies the overall mission of Bitcoin. To create a decentralized, democratic, peer-to-peer payment system that doesn’t bail out governments for making big mistakes that cost the global economy and its citizens handsomely.

Interestingly enough, the Bitcoin protocol didn’t produce a second block for six days after the first one. Many people believe that Satoshi Nakamoto intended for that as the Bible says the earth was created in seven days and he wanted block one to be created on the seventh day.

Bitcointalk.org is the go-to forum for cryptocurrency users. A pre-code release of Bitcoin first mentioned the concept of a Bitcoin miner through a user account known as Cryddit. The post also mentions the release of an IRC client and a virtual poker game, as well as the concept of a timechain, which would later be known as the blockchain. 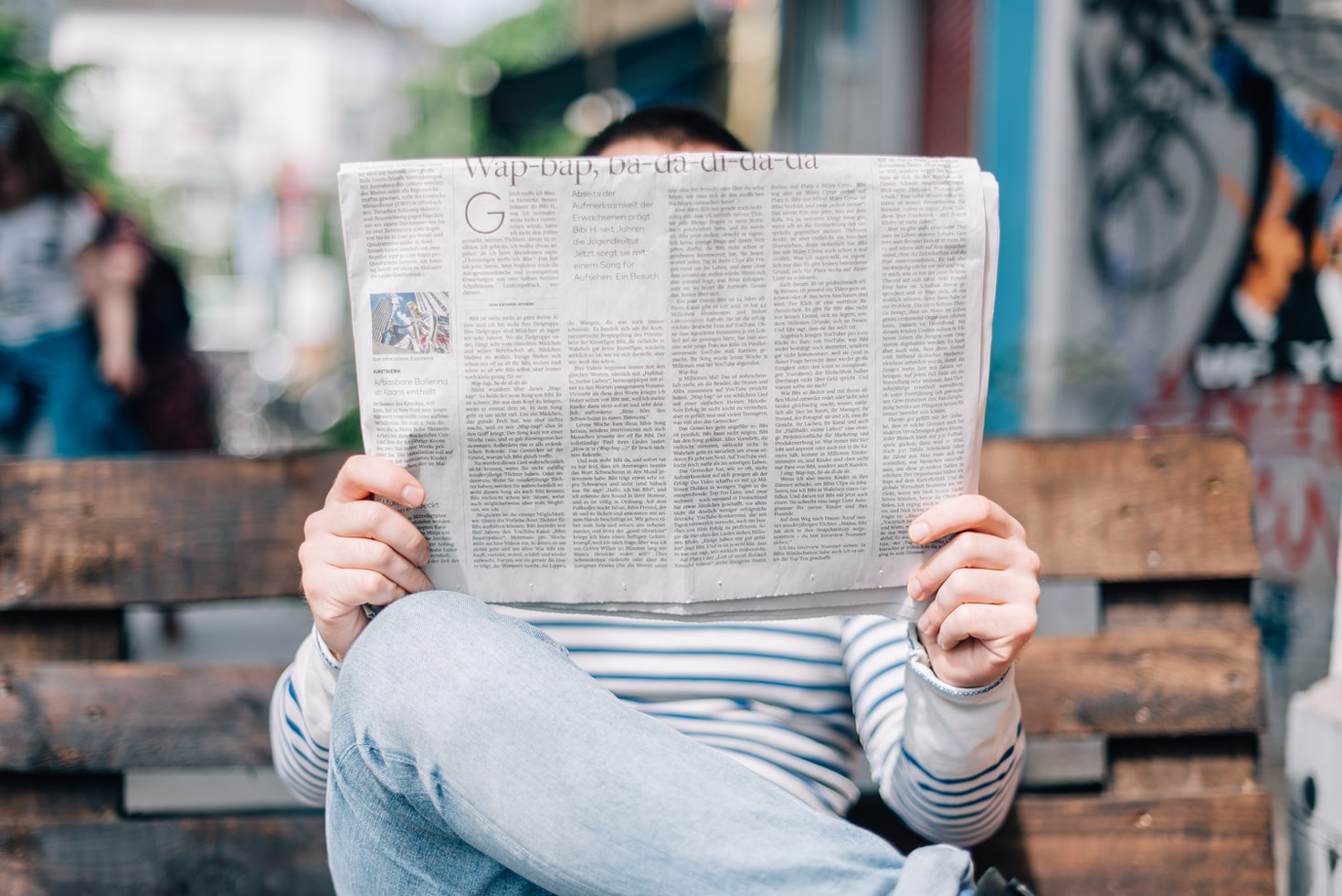 A Quick Recap of Bitcoin’s Most Recent Fundamental Milestones

On the 12th anniversary of Bitcoin’s first block (last year), a mysterious miner who had been holding their Bitcoin for over 10 years spent 1,000 BTC to celebrate. On the cusp of this year’s anniversary (going back to November) Bitcoin reached its all-time high price of $69,000 USD (or $85,656 Canadian)

On January 1 of this year, the hash rate reached an all-time high of 200 exahash per second. That’s 267 quadrillion percent greater than the original hash rate required to mine the earliest Bitcoins. Isn’t that unbelievable?

Bitcoin’s genesis block came into being shortly after the 2008 global financial crisis, and it was meant to take control away from governments and central banks and prevent future crises from happening. That doesn’t mean that the world’s number one cryptocurrency hasn’t experienced its share of ups and downs. So far, every time the price has rocketed up there has been a dip. What goes up must come down. But not all pumps and dumps are created equal.

On July 17, 2010, Bitcoin saw its first-ever price spike, jumping to a value of nine cents USD.

Bitcoin’s price reached over $900 USD by the end of 2016, and by then, the Ethereum blockchain was already a year old. Altcoins had arrived and some of the earliest ones were beginning to thrive. It took until mid-May 2017 for the price of Bitcoin to jump from $1,000 to $2,000 USD. Then the real fun began.

By the end of 2017, the price of Bitcoin reached nearly $20,000 USD (about $25,000 Canadian). More and more crypto innovators and influencers were starting to extol the virtues of the industry and all of the innovation the industry provides. Bitcoin and cryptocurrencies were starting to get mainstream attention from movies, major news outlets and popular TV shows like The Big Bang Theory.

As usual, what goes up must come down. Although those FOMOing in didn’t know it, Bitcoin’s bubble would burst. The next two years saw a lot of sideways activity until about June 2019, when the price finally went back above $13,000 Canadian. And yet, by mid-December 2019, it was back down below $10,000 Canadian. 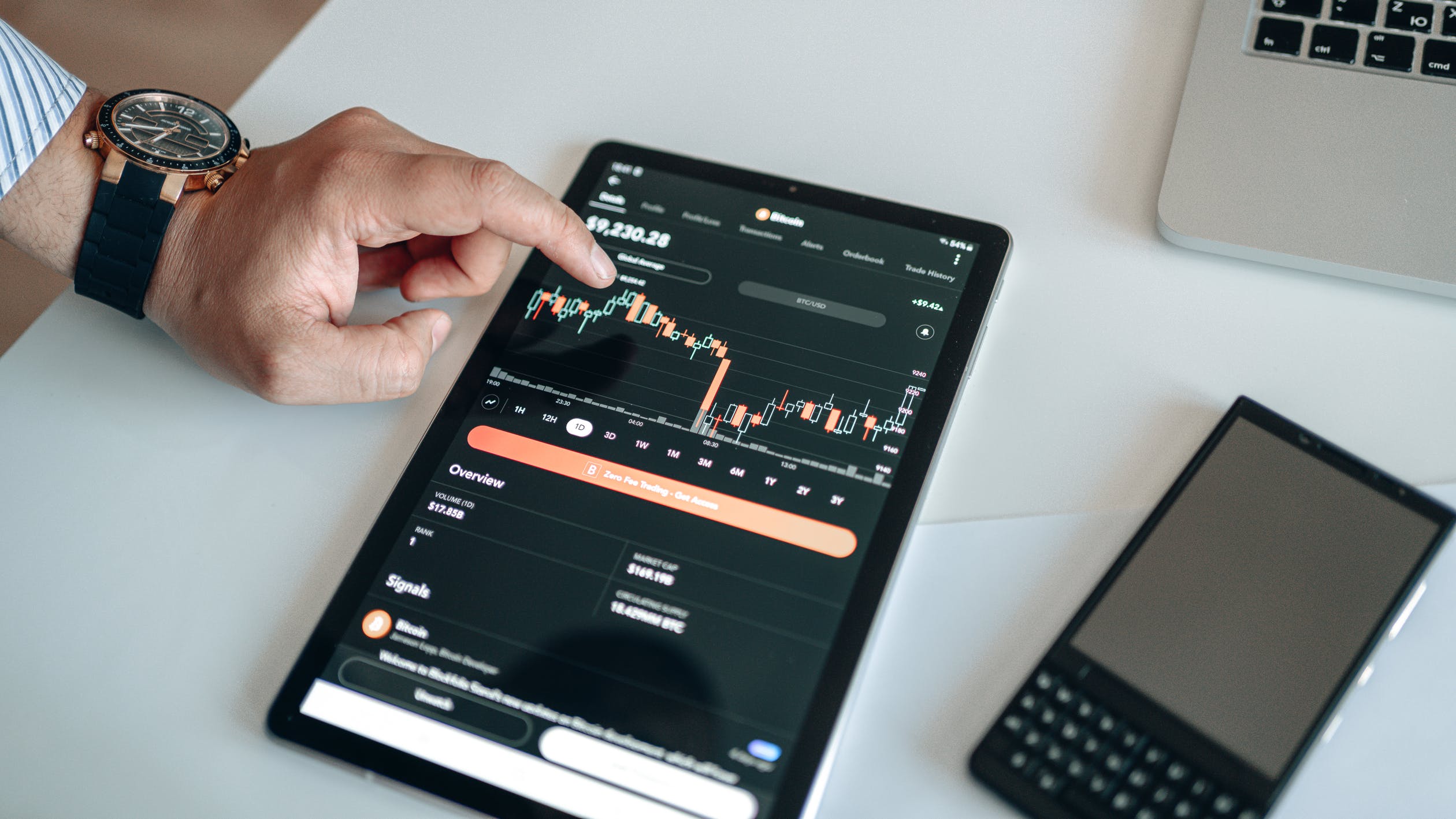 Key Developments That Impacted Bitcoin from 2017 to 2020

Don’t forget what drove Bitcoin’s price mania in 2017. It wasn’t simply that the media was talking about it and exposing more people to it. It was also the big boom that happened with Ethereum and altcoins as more and more crypto enthusiasts began to see the value of launching decentralized applications, and using Ethereum and similar smart contract platforms to raise funds for those applications. Investors in the know profited handsomely in the summertime. But by the end of that year, the Securities Exchange Commission (SEC) started going after projects as many new tokens being launched were seen as securities that require regulation from federal agencies.

KYC requirements for centralized exchanges also began tightening up around that time. It became clear to many investors that the price of Bitcoin and many altcoins were way ahead of the actual development of projects and the crypto industry itself.

On March 11, 2020, the National Basketball Association cancelled games and halted its season the day after our dearly beloved Toronto Raptors played against the Utah Jazz and Jazz centre Rudy Gobert tested positive for Covid-19.

The cancellations marked one of the first major public events to be cancelled in North America because of the virus and officially introduced the Western world to something that had been spreading throughout China since the end of 2019.

It wouldn’t be long before both the United States and Canada introduced stimulus packages and emergency benefits to workers from all walks of life who would have their income impacted by ongoing shutdowns intended to stop the spread of the virus.

The value of publicly traded stocks and cryptocurrencies plummeted in value as major media outlets everywhere sounded alarm bells and the general public retreated in fear not knowing what the future would hold. The big dip in the market would only be a setup for a historic run in the prices of virtually every type of asset including stocks, real estate, and of course, cryptocurrencies.

The popular belief that Bitcoin and other cryptocurrencies might be a good hedge against money printing alongside traditional assets like gold took off, and that narrative is arguably the biggest reason that today, the price of Bitcoin sits at $55,000 Canadian.

By the way, I forgot to mention that the most recent Bitcoin halving event dropping the block reward to 6.25 BTC took place on May 11, 2020, which set up the market for a Bitcoin supply shock.

Side Note: Don’t Forget the Explosion of DeFi and NFTs

All this talk about the price of Bitcoin and where we are now and we haven’t even talked about the fact that today, the world’s leading NFT marketplace OpenSea, has an estimated value of $13.3 billion USD.

Here we are, five years after the most infamous NFT project, CryptoKitties, took off, and the crypto world has seen many different NFT projects turn NFT holders into millionaires quickly, including NBA TopShot, CryptoPunks, and Bored Ape Yacht Club to name a few.

The above projects also introduced the world to the concept of NFTs as assets that can be used in virtual worlds, collectively referred to as the metaverse. Gaming projects like Axie Infinity, and metaverses like Decentraland and The Sandbox owe NFTs a debt of gratitude for sure.

While all of this was happening, the world of DeFi was also taking off. In May 2018, about $1 billion Canadian was locked into DeFi projects. At the end of 2019, that number sat at about $13 billion. Today it’s sitting at more than $125 billion Canadian in total value locked in. Projects like Sushiswap, Compound, Yearn Finance and others deserve thanks for that. 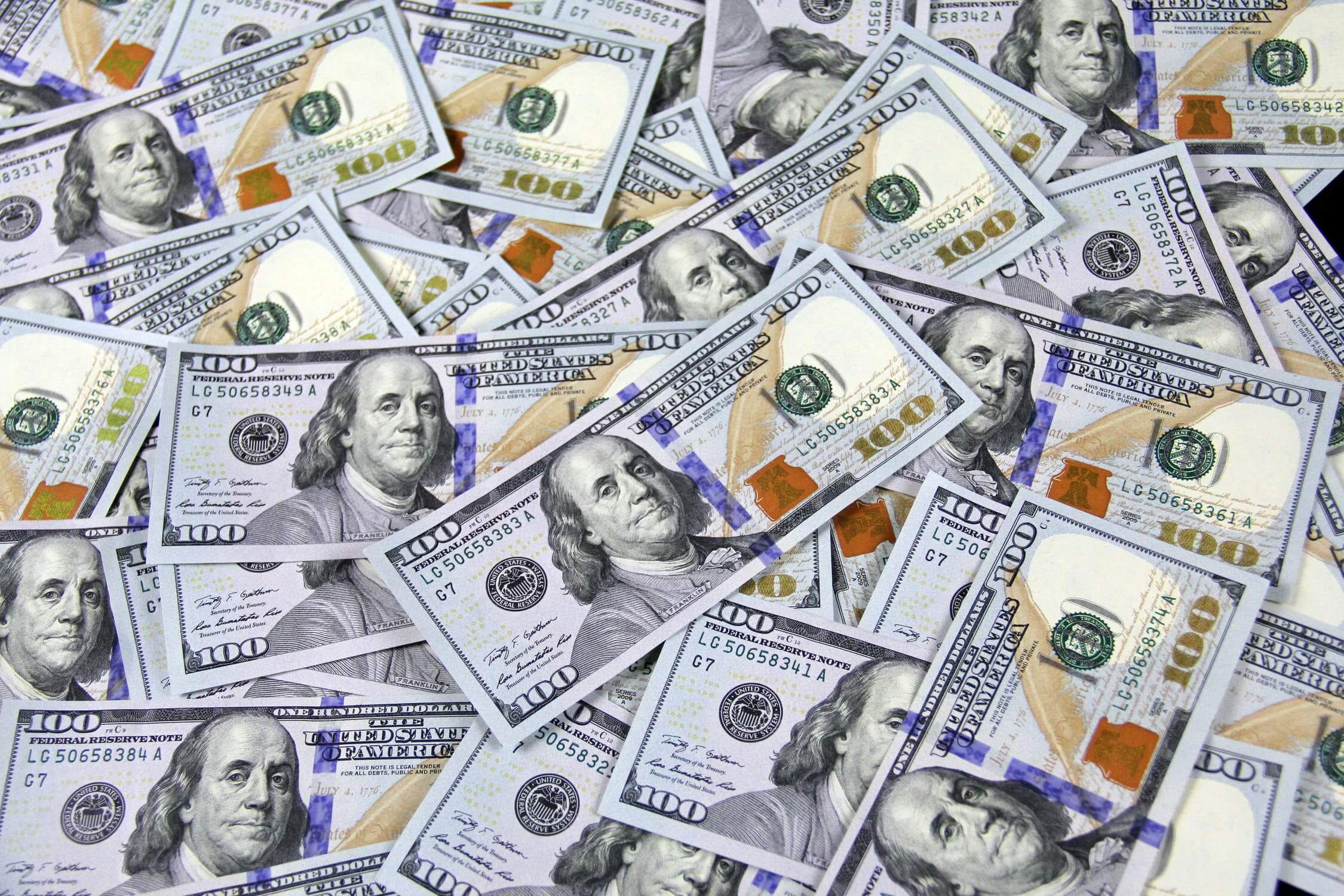 The Future of Bitcoin and Cryptocurrencies

The mainstream adoption of Bitcoin and cryptocurrencies doesn’t just have COVID-19, money printing and the advancement of different sectors (special shoutout to meme coins) to thank for its success over the last few years. Institutional investment has also ramped up.

According to bitcointreasuries.net, MicroStrategy Inc. owns 0.592% of the 21 million Bitcoins that will ever enter circulation. The site lists 64 companies and four countries that now hold large amounts of Bitcoin in their cash reserves.

That includes BIGG Digital Assets, the company that owns Netcoins.ca, and El Salvador, the first country to ever label Bitcoin legal tender.

At the time of this writing, the ever-growing list of institutional investors in crypto own an estimated 7.07% of the maximum supply of 21 million Bitcoins that will ever circulate.

The future price of Bitcoin will most certainly be impacted by the continued devaluation of fiat currencies, and the development of every sector of the crypto industry, countries adopting it as legal tender, and future halving events going forward (the next one is scheduled to take place sometime in 2024).

Regardless of what happens in the future, how much the price seesaws and the industry changes, it’s been a heck of a 13-year run for Bitcoin and cryptocurrencies, to say the least.

Buy Bitcoin and Be Part of the Past, Present, and Future of Crypto

It would’ve been great if you got your hands on Bitcoin right after the genesis block was mined. If you did, you’d be filthy rich today. But odds are you don’t know Satoshi Nakamoto personally and you weren’t going to get in that early.

The good news is cryptocurrency adoption is still in its early stages, and you don’t have to be an institutional investor, a DeFi wizard, an NFT artist, or an ICO expert to buy Bitcoin in Canada.

All you need to do is sign up for a free account at Netcoins.ca. If you already own crypto, you can deposit it and exchange it for Bitcoin, Ethereum, Litecoin and others. If you don’t, you can use e-transfers, online bill payments or crypto deposits.

The best time to be interested in Bitcoin was 13 years ago, and the next best time is now. Here’s to the past, present, and future of the cryptocurrency that started it all!