How To Buy Litecoin In Canada

It’s time to learn how to buy Litecoin in Canada. Why would a cryptocurrency investor want to do that? Litecoin stands as one of the earliest iterations of an altcoin. Its coding structure is very similar to that of Bitcoin, so enthusiasts who are really into learning about decentralized technology and peer-to-peer payment networks can at least appreciate the technical aspects of Litecoin and dip their collective toes in the waters of the altcoin market. All without having to engage in any kind of mind-bending technical analysis. Going deep into programming or coding structure is very intimidating even for someone who understands Bitcoin. After all, most crypto investors will never learn to code.

That idea in and of itself is reason to consider going to a cryptocurrency exchange in Canada and buying Litecoin. It’s time to explore the ‘lighter’, more efficient and less costly version of digital gold, see what digital silver is all about, and learn how to buy Litecoin in Canada.

Charles Lee is the founder of Litecoin. Although he currently resides in the United States, Lee was actually born in Ivory Coast. Lee is a computer scientist with a Master’s degree from the Massachusetts Institute of Technology. He graduated in 2000. Prior to becoming interested in Bitcoin and other cryptocurrencies, Lee spent the first 10 years of his career working for Google on its Chrome operating system.

He first became interested in Bitcoin back in 2011. That same year while still working at Google, Lee began working on the code that would later become Litecoin. He announced the launch of his project on the popular Bitcoin forum called Bitcointalk.

What’s interesting about Lee is that he only mined 150 Litecoins for his own benefit before releasing the project to the public. Given that today, many of the top cryptocurrency projects yield tens of millions if not hundreds of millions of dollars’ worth of investment during their initial coin offerings, the idea that Lee kept so little to himself from the start is pretty incredible.

Two years after creating the project, Lee left Google to work at Coinbase, one of the world’s largest and most popular cryptocurrency exchanges.

In December 2017, at the height of Bitcoin mania with the prices of all cryptocurrencies skyrocketing, making many investors almost instantly wealthy, Lee announced on the social media site Reddit he was selling his Litecoin holdings. His decision came amid controversy as Lee was accused of constantly promoting the virtues of Litecoin on Twitter and pumping up the price for the sake of padding his own pockets with profits.

Despite the bad publicity, Lee went beyond cashing in on the project financially. He remains the managing director of Litecoin’s non-profit organization simply called The Litecoin Foundation. 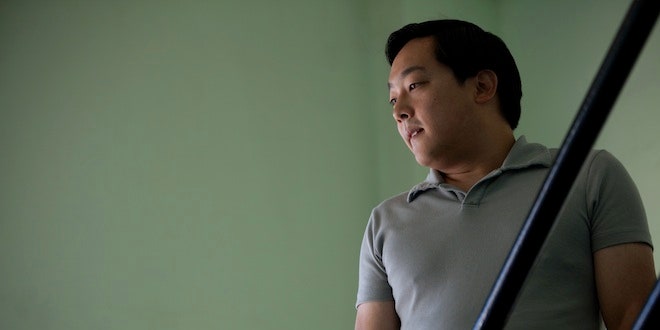 Litecoin is an alternative cryptocurrency based on the original coding structure of the Bitcoin blockchain. Its creator is Charlie Lee and the reason the project exists is because Lee and many crypto enthusiasts that would follow the project after its launch felt there was a need for a project that still offers the benefits of Bitcoin, but ultimately makes transactions cheaper and faster to complete than the Bitcoin blockchain could offer back in 2011.

Today, the advantages of using Litecoin over Bitcoin typically don’t influence the average investor’s decision-making process as much as they used to because developers working on the Bitcoin blockchain are constantly working to upgrade the network and add different features that make Bitcoin more scalable and faster to transact on. Add to that the fact that there are now many different versions of Bitcoin that didn’t exist back in 2011, and the competition Litecoin faces is much fiercer today than it was back then.

Yet still, Litecoin remains a top 10 cryptocurrency project to this day based on its market capitalization, which ranges in the multiple billions of dollars at any given time. In order to understand why that is, it’s important to identify the similarities and differences between Bitcoin and Litecoin.​

Bitcoin vs. Litecoin: The Similarities

Apart from the fact both projects share some of the same coding structure, both Bitcoin and Litecoin utilize a proof-of-work consensus algorithm. This means both cryptocurrencies can be mined in the same fashion. Build a crypto mining rig that can solve complicated cryptographic puzzles at a high speed and get rewarded with either cryptocurrency.

Other similarities between the two projects include the fact that both coins can be held in ‘cold storage’ wallets, a.k.a. wallets that are stored away from the internet. Both Bitcoin and Litecoin are also highly volatile in terms of price movement and both depend on the blockchain to fulfill transactions between users in a transparent and fair fashion.

Bitcoin vs. Litecoin: The Differences

One of the key differences between Bitcoin and Litecoin is transaction speed. At the time that it was invented, Litecoin transactions could be confirmed up to four times faster than Bitcoin transactions. Today, with the implementation of things like Bitcoin’s Lightning Network, all of the alternate versions of Bitcoin available on the open market (Bitcoin Cash, Bitcoin SV, Bitcoin Gold etc…) and all other altcoins that promise faster and more scalable transaction capabilities, the race to develop the fastest and most scalable blockchains leaves Litecoin in the middle of the pack. Fortunately, crypto purists still invest in the project because of its brand name and it’s relatively early roots in the evolution of the altcoin market.

Another key difference that separates Litecoin from Bitcoin is the fact that the two projects use different algorithms. Bitcoin relies on an algorithm called SHA-256 while Litecoin uses a simpler algorithm called Scrypt. The latter allows more crypto miners to get in the game with less capital, hardware and know-how required in order to profit. This difference is a big part of what makes Litecoin ‘lighter’.

The Key Benefits of Litecoin

Litecoin offers many key benefits that have allowed the project to remain among the top cryptocurrencies in spite of the fact that thousands of projects have been introduced to the market in the last 3 to 5 years. Below are some of the highlights of Litecoin.

Lighter Coding Structure: Even though the project was first introduced to crypto enthusiasts back in 2011, Litecoin’s blockchain still processes transactions considerably faster than most other projects. It’s also easier and less expensive to mine Litecoins than it is to mine Bitcoins.

Liquidity: Litecoin’s market value ranges in the billions of dollars. This means that logging onto a cryptocurrency exchange like Netcoins and making the decision to buy Litecoin in Canada is really easy. At any given time, millions of dollars in trading volume flows throughout the Litecoin blockchain. Many other altcoins simply don’t attract a high enough number of investors in order for buy and sell orders to trigger instantly. Litecoin orders will trigger more frequently than smaller projects just because the liquidity is there.

Branding: Of all cryptocurrency projects looking to challenge Bitcoin for the number one spot, Litecoin and the members of its non-profit foundation are working hard to increase the adoption of cryptocurrency and promoting Litecoin as the gateway. Top Litecoin Foundation currently has marketing and promotions deals in place with big brands like the National Football League’s Miami Dolphins and the Ultimate Fighting Championship are sponsored by The Litecoin Foundation. Both sports brands target the same young male audience interested in both sports and digital currencies. Litecoin is not only viable from a technical or financial standpoint, the project is run by people who really care about pushing cryptocurrency forward in society.

Cheaper Price: With Bitcoin’s price hovering between $5,000 and $10,000 at any given time, the perception is that getting involved with the world’s leading cryptocurrency is an expensive proposition. Many crypto enthusiasts new to altcoins prefer to own many coins at a lower price over owning a single Bitcoin worth five figures. Many novice investors enjoy the feeling of owning a higher quantity of a given asset regardless of circulation or fundamentals.​

How to Buy Litecoin In Canada

Registering a username and password with Netcoins is easy. All it takes is a valid email address. Once users decide whether to deposit old-fashioned dollars or existing crypto holdings, it’s time to begin trading.

As mentioned, Canadians can go through the basic verification process without having to necessarily upload identification. In situations where it is required to do so, government issued ID such as a driver’s license or Canadian passport are usually sufficient enough to start trading.

While a user’s financial institution may charge fees for a bank wire transfer or e-transfer, Netcoins doesn’t charge anything to deposit and get started. Funding an account with e-transfers is instant. Bank wires and bill payments can take 3 to 5 business days, but the latter methods usually allow users to deposit larger amounts. There is also always the option to deposit crypto like Litecoin into Netcoins if you’re looking for a platform to sell.

Instant (market) orders and limit orders are the two most common types of orders traders can place at Netcoins. A market order is in order to buy or sell a given asset at whatever the current market price is. A limit order allows users to trigger a buying or selling event at a specific desirable price. The order doesn’t execute unless the selected limit is reached.

Regardless of the order type used, it’s easy to buy Litecoin with Netcoins. Netcoins offers plenty of trading volume and liquidity which ensures that orders are executed in a timely fashion. Now you know how to buy Litecoin in Canada.