How to Buy QCAD in Canada

It’s been a long time coming for Canadians looking to hold on to a digital currency pegged to the Canadian dollar. The moment is finally here. It’s now time to learn how to buy QCAD and officially use a Canadian stablecoin as an on-ramp to the broader crypto market.

The launch of the QCAD stablecoin in 2020 instantly introduced $150,000 worth of the cryptocurrency to the market. QCAD coins are available for purchase right now at five different crypto exchanges in Canada, including Netcoins.

The QCAD stablecoin is owned and distributed by a privately held Canadian company called Stablecorp. Stablecorp is a joint venture between two Canadian crypto companies, 3iQ and Mavennet.

Fred Pye is a seasoned investment executive and the founder of 3iQ. The organization is Canada’s first and largest multi-crypto asset management firm.

QCAD is a Canadian cryptocurrency designed to maintain a stable price that is always as close to the value of one fiat Canadian dollar as possible. The goal of such a digital asset is to provide cryptocurrency users with a way to sit on the sidelines of the cryptocurrency market and avoid the volatility until they are ready to jump in!

Exchanging Canadian fiat dollars for Bitcoin is more expensive than trading QCAD for Bitcoin. That’s why QCAD and other stablecoins are the perfect on-ramp for both novice and experienced crypto investors who want to hold onto digital currencies while still having a way to rapidly access the liquidity of the broader crypto market.

In order to accomplish this goal and offer Canadian crypto traders the benefit of stability, QCAD needs to be pegged to the Canadian dollar as closely as possible. That’s part of the reason most stablecoins trade to only two decimal places. They are meant to function just like fiat money by design whereas Bitcoin, Ethereum and other cryptocurrencies fluctuate dramatically based on supply and demand and in that sense, function more like commodities and higher risk/reward investments as opposed to currencies.

QCAD is the first Canadian stablecoin to ever hit the cryptocurrency market. Just like its American counterparts such as the U.S. Dollar Tether and U.S. Dollar Coin, QCAD is ERC-20 compliant, meaning that QCAD coins can safely reside on the Ethereum blockchain and thus be transferred between wallet addresses that start with the characters 0x. Transactions can also be tracked using etherscan.io, the blockchain explorer that reveals every transaction on the Ethereum network and displays its data to the world.

Aside from the fact that these stablecoins exist as an on-ramp to the crypto market and the fact they are each Ethereum-friendly, there’s actually a key point of difference between Canada’s one and only stablecoin and the rest.

Other stablecoins not only peg their price to the price of the U.S. Dollar rather than the Canadian Dollar, they also use bots in the background that make a high volume of trades every time the value of their coin fluctuates above or below $1. That’s particularly the case with the U.S. Dollar Tether.

QCAD accomplishes the same goal but in a completely different way. 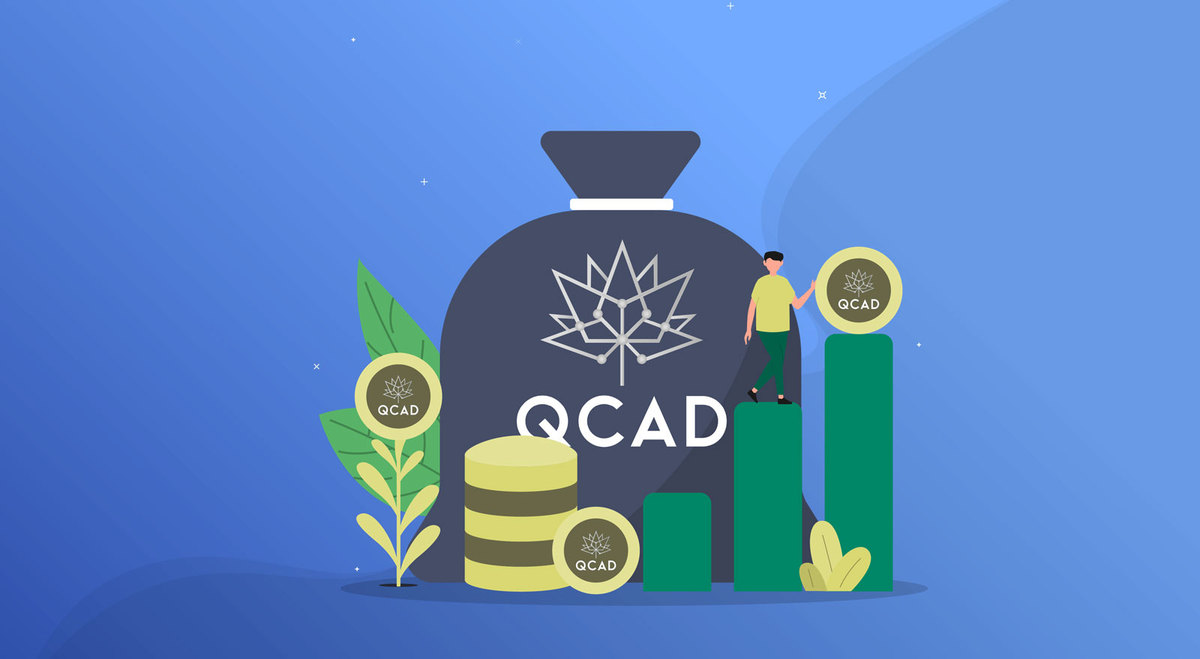 How The QCAD Stablecoin Achieves Stability

QCAD achieves stability through a network of Authorized Dealers. The Authorized Dealers agree to buy and sell QCAD coins at a cost of one dollar each. Dealers have to make monthly attestations proving the availability and value of the Canadian dollars stored in their company’s accounts. Authorized Dealers must also maintain a team of top-tier management experts with extensive backgrounds in banking, payments, virtual currency and technology.

Each of these stakeholders also need to show that they operate within an extensive compliance infrastructure to ensure that they are conducting business aboveboard. Each of these dealers works together in unison to maintain a digital token that has a stable value of one Canadian dollar.

Companies wishing to become an Authorized Dealer of QCAD must work in coordination with Stablecorp to go through an extensive vetting process. Their business must be located and operating in Canada and they must be able to prove that their business can handle large volumes of transactions at any given time.

The Key Benefits of QCAD

The key benefits of using QCAD as an on-ramp to other cryptocurrencies are aplenty. Taking a look at the highlights provides an understanding of why having a Canadian stablecoin is so important to the broader crypto market.

Technically Sound: QCAD’s Dealer-centric approach to creating a stablecoin provides a technically solid approach to the stablecoin segment of the market. It guarantees a stable price for the QCAD coin while giving a private Canadian-based corporation control over the vetting process that decides which entities get to become Authorized Dealers.

Stability: Every QCAD coin is backed by a real Canadian dollar. The fact that Dealers are willing to engage in a constant stream of transactions to ensure that QCAD remains a constant value of one dollar guarantees stability.

Liquidity: QCAD initially launched with $150,000 being made available to support the coin. With Stablecorp vetting and on-boarding several crypto exchanges in Canada to help provide liquidity to the market along with Authorized Dealers to stabilize the price, the QCAD coin is well supported. It’s guaranteed to grow over time and thus guaranteed to be available to traders and investors looking to jump in and out of the market in the most seamless and cost effective way possible.

Fiat Feel: QCAD offers crypto consumers a digital currency that is built on a blockchain, a decentralized public ledger that details transactional data, just like the Bitcoin network. The difference between QCAD and Bitcoin is that QCAD only trades to two decimal places while Bitcoin trades to 12. In this way, QCAD offers the same benefits of traditional cryptocurrencies, the stability of other stablecoins, and the ability to trade and break down coin value in the same way a fiat Canadian dollar would be divided.

Canadian Equivalency: Several other stablecoins are available to crypto investors looking to steer clear of the daily volatility that plagues most projects. Most of those stablecoins trade against the U.S. Dollar or gold. QCAD is the first stablecoin ever to be directly pegged to the Canadian dollar. This means investors no longer have to do the math and convert the American value of their holdings to Canadian dollars. 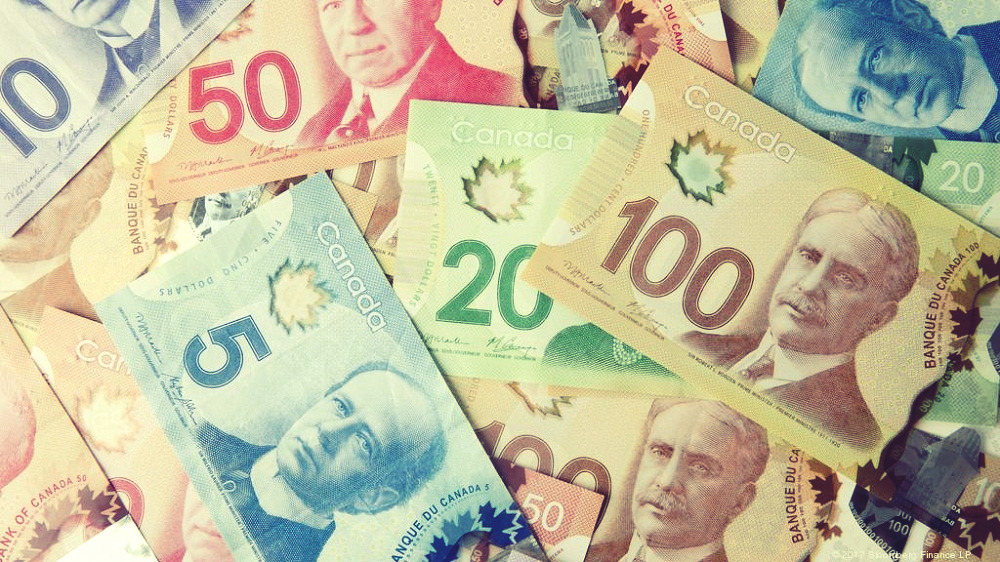 How Much QCAD Is Available for Trading?

QCAD launched in February, 2020. As mentioned, approximately $150,000 Canadian worth of coins hit the market off the start. As it grows in popularity the circulation will increase as well. The initial funds used to launch the project were held in five different Ethereum addresses. QCAD is currently available right here at Netcoins along with four other crypto exchanges in Canada.

How to Buy QCAD

Buying QCAD can be done using other cryptocurrencies or fiat currencies including the Canadian dollar. Users looking to trade QCAD with Netcoins don’t have to worry about any buying or selling fees. All trades involving QCAD are currently free. Signing up to Netcoins and purchasing QCAD can be done in four simple steps.

Register a username and password and decide whether to deposit crypto or fiat currency into your new Netcoins account. Those choosing to start with fiat currency can deposit instantly using Interac e-transfers or choose to use bank wires or bill payments as options as well.

Most Canadians can verify their identity without even uploading identification. For those who must upload identification, a Canadian passport or driver’s license should suffice.

Upon depositing to your Netcoins account, you can go ahead and complete your first transfer. Netcoins doesn’t charge any fees on deposits.

Again, there are no buying or selling fees when it comes to trading QCAD. Use a market order to purchase QCAD at the current market price or choose to set up a limit order for added flexibility should the price of QCAD or any other cryptocurrency being acquired in exchange for it happen to fluctuate to a better price.

There you have it! You now know how to buy Canada’s first stablecoin on Canadian cryptocurrency exchanges without paying any fees.