Money Lessons We Can Learn From the Roman Empire

During the Roman Empire, Emperors would tinker with the money supply through a process called “coin clipping.” They would collect coins from their people and mint them into newer coins with less gold or silver content, for profit. Eventually, too many coins existed, which devalued their worth and made it difficult for Roman citizens to survive. Thus began the fall of the Roman Empire.

It would be wise to go back in time and learn from the money mistakes made by one the greatest empires of history. Only in this way, will we avoid repeating their same downfall. “Those who cannot remember the past are condemned to repeat it.” Philosopher, George Santayana. 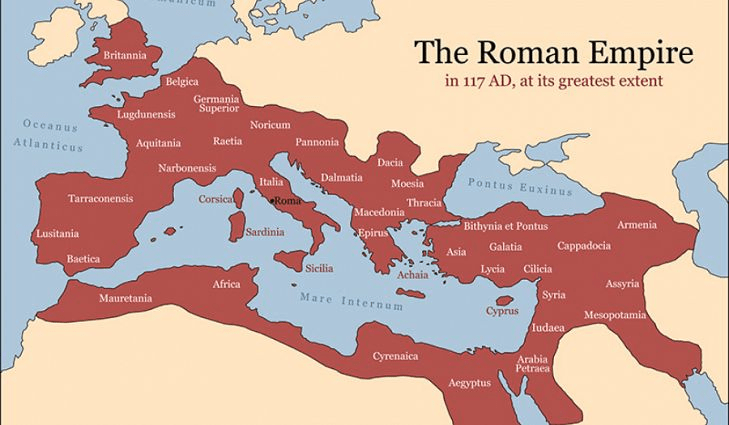 Gold and Silver Coins During the Roman Republic

The denarius was the coin used for trade and contained 3.9 grams of silver. But it was Julius Caesar, the last dictator of the Roman Republic, who created the aureus coin which contained around 8 grams of gold. Gold coins were popular and widely accepted which made them easy for trade across Europe and the mediterranean. For about 75 years, economic stability reigned with the gold coin until the assassination of Caesar by the aristocracy. Caesar’s successor and grandnephew, Augustus, would continue on building the golden age and transform the Roman Republic into the Roman Empire.

Coin clipping during the Roman Empire
Sadly, it was Emperor Nero the first to engage in “coin clipping.” With coin clipping, the aureus was reduced from 8 to 7.2 grams, to 6.5 grams (under Caracalla), and 5.5 grams (under Diocletian). A replacement coin called the solidus was introduced, made up of only 4.5 grams of gold. Meanwhile, the denarius (silver coin) was reduced from 3.9 to 3.41 and only had traces of silver to cover its bronze core, which vanished quickly with wear and tear. Coin clipping would eventually reduce the value of the coins, the real wages of workers, while providing profits to the Emperor.

“Coin clipping reduced the aureus’s real value, increasing the money supply, allowing the emperor to continue imprudent overspending, but eventually resulting in inflation and economic crises, which the misguided emperors would attempt to ameliorate via further coin clipping.” Saifedean Ammous

The Fall of the Roman Empire

With time, the Empire no longer had prosperous lands to conquer. This meant they could not collect payment to fund their wars or to fund their lavish lifestyle, growing military base, or the increasing number of citizens that were living off the emperor’s resources. All this strained the resources of the state beyond its ability to sustain itself. Stuck in a feedback loop, the Emperor would try to salvage its finances by further coin clipping, taxation, and often accusing a person of treason in order to confiscate all their assets. They even developed a two-tier system in which the government and military enjoyed the benefits of a gold standard, and the rest of the population were on devalued currency.

With currency becoming worthless, increasing inflation and taxation due to the Emperor’s over spendings, it was becoming impossible for people to survive as they were. People began fleeing to empty lands where they could at least have a chance of living in self-sufficiency and where they could be spared from having to pay high taxes on no substantial wages. Citizens of the Empire went from having wealth and being part of history’s greatest empire to now becoming serfs living under their feudal lords (serfs were agricultural labourers working on their lord’s estates). The Empire crumbled under the weight of its own recklessness.

Bitcoin is the People’s Money

Coin clipping and the resultant inflation not only began the fall of the Roman Empire, but also destroyed the (economic) freedom of the Roman people. As we can see from history, state leaders habitually seek to monopolize the supply of money and tinker with it in order to finance their own needs. It’s a habit that remains with us today, when we see overspending by the government causing hyperinflation rates like in Venezuela and Zimbabwe. Their mismanagement of money impoverished their people so much they can barely afford basic goods.

Because our monetary system has been in place for so long, it is almost intrinsically impossible for the majority of people to imagine an alternative system. One where currency is not managed, manipulated, or owned by our governments. Bitcoin offers this possibility because it is digital currency that is not owned by a central power. It is scarce and resistant to hyper inflation. And what this means is that it protects the people’s wealth against losing value. In other words, Bitcoin takes economic power and liberty away from governments and puts it back into the people’s hands, helping to avoid the same fate of the Roman people.

“This is why in a world, in a future, where we will have state money, we will have corporate money, Bitcoin is more like the people’s money. It is a way out. It is an alternative. If Bitcoin thrives, humans will have a money that can’t be censored by authorities, that can’t be devalued by governments, that can’t be monopolized by corporations, that can’t be easily mass surveyed, it can’t be stopped by borders  and that can be accessed by anyone. And that’s why Bitcoin matters for human rights.” – Human Rights Foundation