Proof of Stake vs. Proof of Work

Proof-of-work and proof-of-stake are consensus mechanisms integral to cryptocurrency security and transactions. They play essential roles in blockchain technology and operation, and despite their similarities, the differences create a chasm between the two.

This guide delves into proof-of-stake versus proof-of-work to help build an understanding of the differences and applications of each mechanism, so continue reading to learn more! 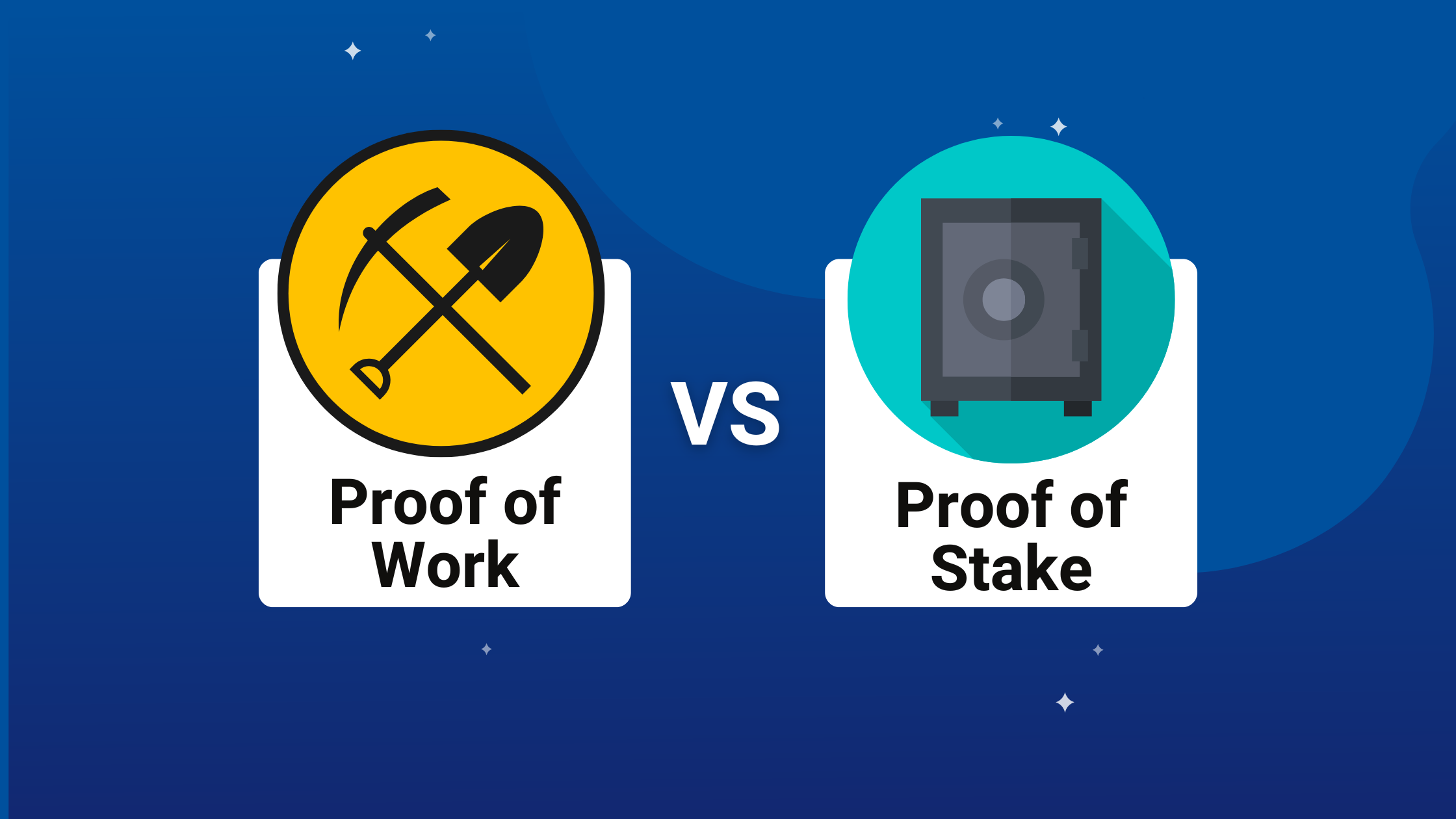 Proof-of-work initially made its appearance in 1993, proposed as a method to combat spam emails on networks and denial-of-service attacks. Satoshi Nakamoto popularized this concept fifteen years later, in 2008, as a way to validate new blocks within the Bitcoin network.

The concept hinges on a network user’s ability and capacity to prove they’ve accomplished a computational task. To solve mathematical equations, the individual employs computing power, known as a node, which is any physical device that can send, receive, or forward data within a network (such as a personal computer).

Using this model, cryptocurrency miners can compete against each other, using powerful computers to solve intricate, complicated problems. The first individual to solve the problem receives authority to add the new block of transactions and is given digital currency for their efforts.

Once the block is authenticated, it gets added to the blockchain. To maintain speedy, efficient work, proof of work requires fast computers, access to energy resources, and processes that impact transaction times as the network evolves and multiplies.

The proof-of-work system offers a range of benefits to participants, from security to incentivized competition. A few notable upsides include:

Although the proof-of-work system has its benefits, there are a few downsides that may deter potential participants. Notable drawbacks to the system include:

Proof-of-stake originally appeared on the scene in 2011 after individuals proposed a new approach on the Bitcointalk forum. This particular approach would target the inefficiencies of the proof of work consensus mechanism and decrease the number of computational resources necessary to operate this network.

So, unlike proof of work, where miners perform tangible work, this concept hinges on the existence of a verifiable stake in the ecosystem. In the proof-of-stake system, these individuals are known as validators.

These validators are chosen to locate a block based on how many tokens they have, unlike proof-of-work, where miners need to compete in a competition to determine which node gets to add a block. The “stake” amount in this system, which represents the quantity of crypto the validator holds, takes the place of miners’ work in proof-of-work.

While proof-of-work networks aren’t particularly secure, the staking structure ensures a secure network. Participants must purchase the crypto, hold it to be selected from a block, and eventually earn rewards.

So, participants have to spend money and allocate their financial resources to the network. When they spend money on coins, they earn these rewards, creating a vested interest in the network’s continued success.

Like the proof-of-work system, the proof-of-stake system has its fair share of benefits to entice potential participants. A few upsides include:

On the flip side, the proof-of-stake system has areas for improvement. The downsides of this system include: 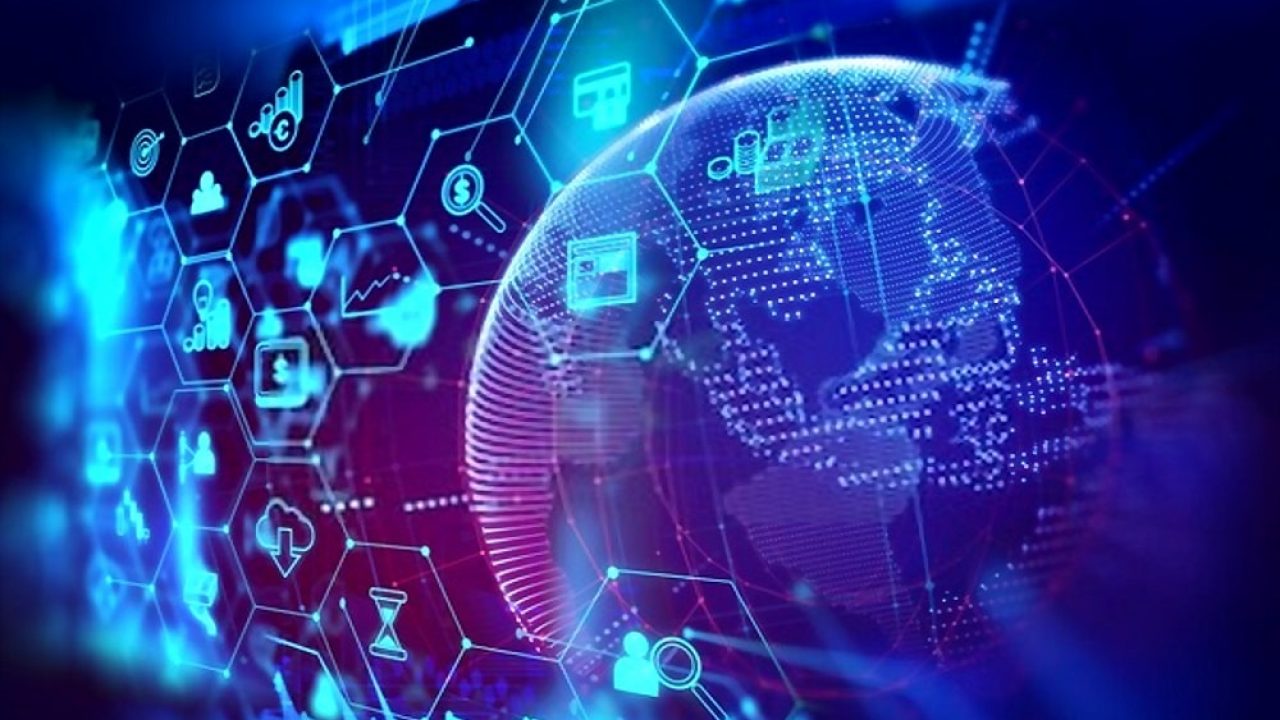 Energy consumption is arguably one of the most prevalent differences between these consensus mechanisms. Proof-of-work systems demand excessive amounts of energy, forcing miners to seek more renewable forms of energy to lower ongoing energy costs.

Another significant difference between these mechanisms is the risk of attack. In proof-of-work systems, miners expend resources to compete against other participants while they solve cryptographic equations. This system hinges on miners acting in good faith and participating within consensus rules.

However, a majority attack is a considerable concern within the proof-of-work system. If a group gains over 50 percent of mining power, they hold the playing cards of the system, in a sense. For example, once a singular group controls this much power, they can spend coins twice, prevent transaction confirmations, and create forks within the blockchain (which can make alternative versions of the blockchain appear valid).

On the other hand, validators within the proof-of-stake system are only able to validate blocks if they supply a “stake” or security deposit. Since the network has collateral from the validator, this discourages potential attackers from confirming illegitimate transactions, as this would penalize them since they lose their stake.

Is One Better Than The Other?

The proof-of-stake system has yet to scale to the massive size of Bitcoin– however, with “The Merge” of Ethereum in September 2022, it now uses proof-of-stake.

Consider energy consumption between these mechanisms. In this aspect, proof-of-stake is the superior choice, as it consumes far less energy than proof-of-work systems. In fact, Ethereum is expected to use 99.95% less energy after transitioning from proof-of-work to proof-of-stake. Turnover is much quicker, as validators don’t have to solve complex cryptographic problems.

In addition, the lower energy consumption of validators within the proof-of-stake system makes them almost untraceable. So, the system offers a degree of censorship resistance, as validators can work from small, average-powered laptops instead of in a massive warehouse with thousands of computers pulling substantial amounts of energy.

In many cases, miners run their systems at full power 24/7, occasionally in poor conditions (high humidity, elevated temperatures, inadequate ventilation). This leads to a shorter equipment lifespan, forcing miners to replace equipment regularly. On top of that, chip manufacturers regularly put out new, faster, more effective chips, forcing miners to replace old chips to keep up with the industry. All this turnover leads to massive amounts of electronic waste, which is a relatively rare occurrence in the proof-of-stake system.

With the above factors in mind, it’s essential to recognize that neither proof-of-stake nor proof-of-work is perfect. Both systems have flaws that affect their overall performance and efficiency, so one isn’t necessarily better than the other.

While the proof-of-stake system might be the superior option in some categories, it has its weak points. So, the best system for one individual might not be the ideal choice for another. Ultimately, deciding between the two isn’t an either/or decision, as both consensus mechanisms will likely remain standard in cryptocurrency for many years.

To learn more about blockchains that use proof-of-stake and proof-of-work systems, visit Netcoins’ Crypto Academy.

Now that Ethereum is a Proof-of-Stake blockchain, buy Ethereum with Netcoins.