The Fed is Printing “Unlimited” Amounts of Money

Earlier this week, the U.S. Federal Reserve – the Fed – announced its willingness to print “unlimited” amounts of money in order to support the U.S. economy during the coronavirus crisis.

They will essentially buy anything and everything they need in order to keep money functioning, markets flowing and the U.S. economy afloat. And they will do that by turning on the money printing machine and printing dollars out of thin air – with no intention of turning it off anytime soon.

Related: How Has COVID-19 Affected the Cryptocurrency Market?

The intention is great. Print more money, and give it to the people. There are so many people catastrophically suffering from COVID-19, whether it be physically, emotionally or financially. We must all work together to alleviate the magnitude of stress experienced by millions of people.

So on the surface, this announcement sounds like a great idea, but we have to ask ourselves: “What will be the long-term effects?” “Will this benefit me?” “Am I being protected?” “Is this the right thing to do?” (whether it be personally, professionally, or politically).

It’s a generally accepted theory by some Economists that printing excess money leads to hyperinflation. The more money circulating in the economy, the lower its value. More money leads to an increase in the demand of goods and services, which in turn leads to a medium term increase in prices. The result, at least in theory is that all the money printed, is cancelled out by increased prices.

Of course, not everyone agrees that printing unlimited money is bad. Other economists argue that printing money is good. It helps the people pay their bills, keeps the market from crashing, and helps the economy remain stable. As always, there’s always two sides to a coin.

Zimbabwe & the Printing of Unlimited Money

We just need to look back at recent history to see the effects of printing unlimited money.

In 2008, Zimbabwe suffered from extreme hyperinflation because of President Mugabe’s decisions to print money in order to pay government expenses. By mid 2008, their inflation peaked. By how much you’re wondering?

Well, let’s set the context first. According to economists:

Zimbabwe at its peak had an inflation of 6.5 SEXTILLION %.

People were literally using a wheelbarrow full of cash just to buy bread. Eventually, their own currency got banned and the people resorted to using other currencies like USD, British Pounds and the Euro.

Printing unlimited money sounds great in theory, but it bears great consequences that we, the people, have to live with. We have seen this play out before. 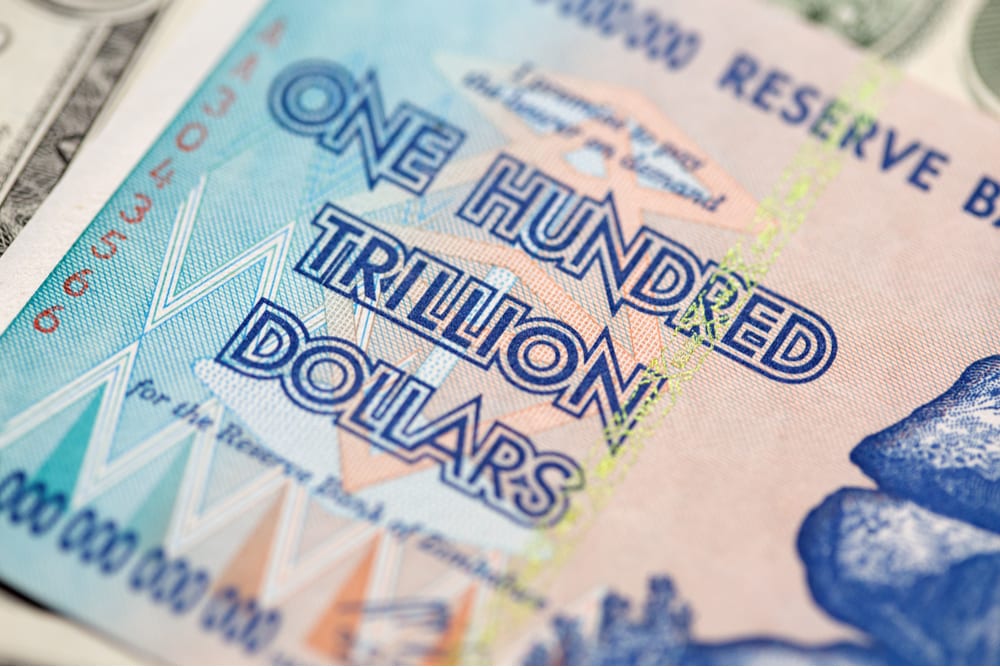 Printing Unlimited Money – Not to be Taken Lightly

The announcement made by the U.S. Federal Reserve should not be taken lightly, particularly when it’s made by the most powerful country and economy in the world. Its effects will inevitably ripple down to the rest of the world wreaking havoc. It might be helpful for the short-term, but we cannot even begin to imagine the effects it will bear in the long-term.

This issue highlights one of the pitfalls of our current money system. Those who control it get to decide how much of it there is, which undoubtedly affects our lives. This is one of the reasons that Satoshi Nakamoto created Bitcoin. Bitcoin will only have 21 million tokens in circulation. Ever. You cannot produce more or less Bitcoins. The fate of the economy does not solely rely on a handful of powerful bankers.

We must ask ourselves, with this announcement, how will we all come out of this ok?

Do you want to purchase bitcoin? Netcoins has you covered with lots of different cryptocurrencies!

If you want to read more on all things currency, finance and crypto, find us here.

Read more about it here:
Fed’s “infinite amount of cash” is biggest argument for Bitcoin yet
The Fed’s Message: The Money-Printing Presses Are Fired Up and Ready to Go
Why Can’t We Just Print Money to Pay Off Debt?
Fed Now Printing Unlimited Money | Trillion Dollar Coins | Bitcoin Monetary Policy Unaffected