The Merge is the point at which Ethereum’s mainnet merges with the Beacon Chain, which launched in 2020. It’s a move that is years in the making as the date for the official “merging” of the blockchain has been pushed back over and over again. Recent news now suggests that The Merge has a deadline.

During a conference call earlier this month, developers named September 19, 2022 as the official date of The Merge. The most recent “shadow forking” of the blockchain (essentially a forking of the blockchain in a testing environment that doesn’t compromise the Ethereum blockchain in real life) was the ninth one to take place.

It makes sense for the project to fork so many times in a testing environment because any issues with a real fork could send Ethereum, every other altcoin and every Web3 project plummeting. It would be seen as a catastrophic event in the minds of crypto investors and mainstream media too.

Nevertheless, in this Netcoins post, we’re going to talk about The Merge in detail and ponder what it means for you, the crypto investor, in terms of the future of Ethereum and the entire industry.

What Is the Merge Accomplishing?

However, in a Proof-of-Stake environment, any actor can validate transactions as long as they put their tokens up as collateral against their validation activities. This prevents users from acting maliciously because their tokens are at stake. In exchange for staking their tokens, stakers receive an annual yield as an incentive.

Ethereum’s transition will mean that it will use approximately 99% less energy to secure the blockchain. Scaling transaction validation in such a way is not only much better for the environment, it’s also more efficient too.

Setting the Stage for Sharding

Sharding splits a blockchain into “shards.” Each shard is made up of its own data set, allowing it to work independently of other shards. The shards manage their own data and process transactions. Only the final result of those transactions is posted on the Beacon Chain.

Although The Merge is exciting for validators looking to earn more ETH tokens (they will need at least 32 of them to do so), the sharding upgrade that will follow the completion of The Merge is arguably the more exciting development. It will increase the efficiency of the blockchain and thus, the ability to scale transactions.

What The Merge of Ethereum Will Not Do

Recent news surrounding The Merge, including the recent shadow forking and the publishing of an official date for its completion, are certainly pumping the price of Ethereum tokens. If you think about it, the macroeconomics of our economy still looks negative for the near and distant future, so the fundamental developments relating to Ethereum are most likely the key driver for the price increase at the moment.

That said, although a successful merging of the mainnet and the Beacon Chain will be considered a resounding success within the crypto world, there are many misconceptions about the benefits of such a merging. We’ve talked about the actual benefits above, now let’s go over what The Merge will not accomplish.

Forking is the term used to describe borrowing code from one crypto project, restructuring it differently and creating a new token. Ethereum and Ethereum Classic are good examples of that.

A project called MakerDAO saw investors lose millions of dollars when it was hacked due to a flaw in the coding structure of Ethereum. Since developers couldn’t reach a consensus on how to address the issue, a group of developers on one side of the fence decided to fork the code and create a new token.

Although the testing of The Merge is referred to as shadow forking, merging the mainnet with the Beacon Chain will not create a new token.

The Merge Will Not Lower Transaction Fees

A Proof-of-Stake consensus mechanism changes the way a block of transactions is put forward for validation and it does make scalability more efficient, but that doesn’t mean that gas fees will go down for users as a result.

Sharding is meant to lessen the load of the transactions taking place on the blockchain since only the result gets registered on The Beacon Chain. If anything, talk of gas fees on the Ethereum blockchain decreasing will become a bigger part of the discussion once sharding gets introduced to the equation. We are not quite there yet.

How The Merge Will Impact Ethereum Miners

Crypto mining is a lucrative business when times are good. It goes without saying that in the current time we’re living in where inflation is driving up the cost of goods and sparking a potential recession, it’s certainly not as profitable.

Once The Merge happens, mining won’t be profitable at all for those who were earning tokens on the Ethereum blockchain. If those miners want to continue earning a return on investment, they are going to have to stake at least 32 Ethereum tokens and become validators.

There is a silver lining in the cloud for those with a significant investment in mining equipment, however. That equipment can still be used to mine other coins on different blockchains.

Mining Will Still Be Profitable in the Future

Believe it or not, Ethereum miners aren’t dead in the water just because The Merge is coming. Other blockchains still use Proof-of-Work mechanisms to validate transactions, which means people who own and operate mining equipment can find other ways to produce revenue.

The website WhatToMine offers a wide range of calculators that help miners do the math and figure out which blockchains offer the most profitable mining opportunities.

That said, perhaps the most profitable opportunity lies right under the noses of the most bullish Ethereum investors.

Why The Merge Might Create a Massive Ethereum Classic Pump

Ethereum is moving towards a Proof-of-Stake consensus mechanism in September, but that doesn’t mean Ethereum Classic is heading in the same direction. After all, it’s called Classic for a reason. The purists who didn’t want to fork away from the original Ethereum blockchain when the MakerDAO hack happened are probably still going to stick with the classic variety of tokens, ETC.

Miners who understand Ethereum mining and are currently making a profit will probably move at least some (if not all) of their mining power to Ethereum Classic.

All you need to do to see this happening is look at the fact that at the moment, the price of ETC tokens is accelerating faster than ETH. That’s particularly obvious since this bullish news regarding shadow forking and an official date for The Merge was released.

The pumping of Ethereum Classic tokens may not outpace Ethereum forever, but there appears to be a transition happening as September 19 inches closer.

Ethereum’s developments are going to change the fundamentals of the project. A successful merging of the project’s mainnet and Beacon Chain will certainly give Ethereum and all of Web3 a brighter future. That doesn’t necessarily mean that you’re going to be rich two months from now.

Completing nine successful shadow forks is great. Just remember that until The Merge is complete in real life, there is always a chance something goes wrong (however minuscule that chance might be), or that the proposed date for The Merge might be moved back (few if any of the milestones related to this monumental event reached completion according to their first proposed dates).

For all of the reasons above, remember to practice proper risk management when investing in Ethereum right now.

Using Netcoins Before and After The Merge

Netcoins is a properly regulated platform allowing you to buy and sell cryptocurrencies like Ethereum, Ethereum Classic, Bitcoin, and more.

Sign up for an account today. Whether you’re just starting your crypto journey or buying the dip like you’ve done many times before, Netcoins makes it easy to register for an account, deposit crypto and Canadian dollars into it, and trade for the digital assets you want to buy or sell as you continue to build and optimize your crypto portfolio.

Thanks for reading, and please do stay tuned for news relating to The Merge. Whether you currently hold crypto or not, it’s a monumental event the entire blockchain industry will be watching closely.

Do you want to buy and sell ETH? Netcoins has you covered with lots of different cryptocurrencies! 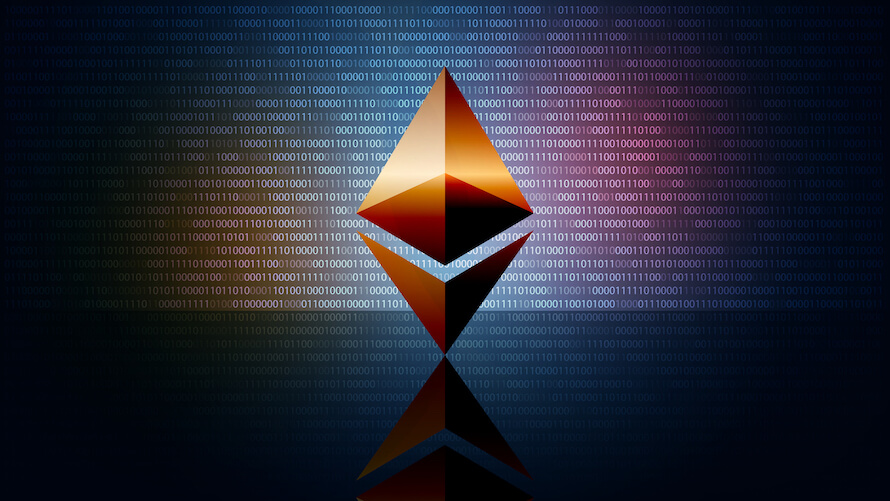