What is a fork? 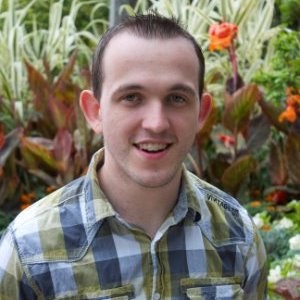 In the world of Bitcoin and blockchain technology, a fork has nothing to do with what’s for dinner. What a fork is has to do with changing the technical aspects of a blockchain and essentially creating a new or better version of an existing digital currency. Forking is playing a major role in the evolution of the entire blockchain industry. Being able to understand and answer the question ‘What is a Fork?’ is an opportunity to make the leap from novice to intermediate crypto enthusiast. Understanding this concept is also fundamental when it comes to making sound investing decisions. This could potentially lead you to earning a profit from a fork.

A fork is something human beings normally use to eat dinner, but in this post, understanding what a fork is when it comes to building out the intricacies of a new and improved blockchain is what’s for dinner.

Definition of a Fork

Any time a group of blockchain developers takes the essential coding of an existing cryptocurrency project and fundamentally alters it to try to make that project better, they are creating a fork in the road. In a figurative sense, the term forking doesn’t just refer to coding structure alone. Forking also refers to the fact that after a fork happens, nodes, miners and validators responsible for securing the network essentially have to pick which side of the fence they would like to go beyond. In other words, forks have real-world implications on blockchain based businesses and their desire to earn a profit in addition to making an impact on how decentralized payment networks reach consensus and confirm transactions. Forking is a big deal.

The First Ever Bitcoin Fork

Nowadays there are several different crypto projects that share the name Bitcoin. These include Bitcoin Cash, Bitcoin SV, Bitcoin Gold and Bitcoin Diamond to name a few. Each of those is a fork of the original Bitcoin. However, neither of the three represents the first fork of Bitcoin’s coding structure. That honour belongs to Litecoin.

Litecoin’s name reflects the fact that the coding structure is considered lighter and less cumbersome than that of Bitcoin. It’s also the first altcoin project to focus on improving transaction speed and transaction cost for users. It’s essentially meant to be a better and ‘lighter’ version of the original Bitcoin.

Litecoin arrived on the scene with a bang in 2011 and still ranks as one of the top 10 cryptocurrencies in the world according to market capitalization.

A more recent example of a successful Bitcoin fork is Bitcoin Cash. This fork happened in August, 2017. The main difference between Bitcoin and Bitcoin Cash is that the Bitcoin Cash network features larger block sizes meaning that nodes can confirm the validity of transactions quicker. This means it’s cheaper and faster.

At the end of the day no matter what a forked version of a cryptocurrency is named, the goals are usually the same. To improve speed, lower transaction costs or increase privacy, and sometimes all three in one.

Not all forks are created equal. Some are more black-and-white than others. The truest ones are called hard forks, but there are also soft forks which create more subtle differences between two projects.

A hard fork represents a fundamental shift in a blockchain network. It’s what happens when nodes or users dedicated to one version of the network decide to no longer accept transactions on the new version of a network. This is why a hard fork creates a brand-new version of a crypto currency that offers the world something that is clearly distinct from the old version of that network, such as Bitcoin Cash.

The more flexible version of a fork is a soft fork. A soft fork essentially allows miners and developers to pursue a new idea using some of the original coding structure of a project, but it also allows nodes supporting the original project to choose whether or not to validate transactions on the new project as well. It’s a more flexible approach to solving scalability and security related issues with improved coding implementations.

Who Chooses to Fork?

Both miners and users can choose to fork a project. Whenever either constituent decides to adopt new consensus rules, it’s called activation. Miners don’t fork without the approval of users because they profit off of mining and have something to lose financially. Therefore, they need users to support the new project because transaction fees are how miners get paid. It is much easier for users who are not mining to cut ties because they can find new miners to reward with their transaction fees acting as payment.

How to Profit from a Fork

When a project forks and creates a spinoff, like in the case of Bitcoin and Bitcoin Cash, investors holding onto their currency on the date of the fork usually get rewarded with proceeds from the new project. Canadian investors looking to capitalize on these opportunities can use a cryptocurrency exchange based in Canada to go along for the ride when they hear about a fork happening. Use Netcoins to take advantage of forking opportunities. They come around every once in a while and represent an easy way to earn some extra coin.